You are here: Home / Archives for Andrew G. Rosen 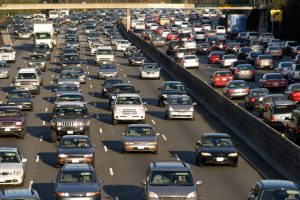 Stuck in traffic? Sorry. We'll preface this blog entry with a reminder that, when driving, your hands should be on the wheel and your eyes on the road.  Distractions can be deadly. But just in case you're a rebel-rousing soul like the gang here at Jobacle.com, and find yourself incessantly fiddling with the radio dial and heat controls, we've come up with a few ways to maximize your driving commute.  We'll tackle other forms of commuting in the future - but for now - here's how to be productive while on four wheels. … END_OF_DOCUMENT_TOKEN_TO_BE_REPLACED 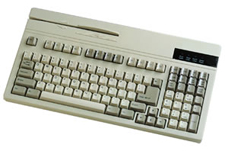 Dear Employee, You're probably wondering how I'm typing this - but that's a foolish question - I AM a keyboard, after all. A dirty keyboard. All day long I take your abuse and ask for little in return.  My beige keys turn to black as your grubby little fingers hammer away with reckless abandon. Your thumb drives at my SPACEBAR relentlessly.  And you abuse BACKSPACE like a doormat under your muddy shoes. I deserve some respect, that's all I'm saying.  Common courtesies, like the ones you extend to my office counterparts. When the mouse slows down, you clean the lint or replace the batteries. Screen smudge?  You break out the Windex.  But I sit here and act as a repository for your finger filth, potato chip crumbs, and flaky dandruff. Don't believe me? Take a time out from this letter (a cry for help) and shake me upside down. Ew! I'm not threatening to lock up during that critical report, keyboards don't roll like that.  But a little maintenance would be nice. An … END_OF_DOCUMENT_TOKEN_TO_BE_REPLACED

"I'm too old to change." "It's too late." "I need to finish (insert your excuse here) first." "I just have bad luck." "The timing is off right now." "Someone has already done it." "I deserve this." "Karma's a bitch." Defeating yourself is lame.  But some people make a hobby of kicking their own ass.  We're not gonna tell you what your internal dialogue should be - but if it's any of the above statements - you need an attitude adjustment.  The tips below should get you on the right track to ending negative internal dialogue.  Don't wait for January 1 - start today! -Write down your self-talk. Whether it's you wishing your boss dead as he drones on and on about your errors from the past year, or you getting angry at yourself for missing a traffic light - put it on paper.  After a week or so look back at your self-talk. Seeing the words in print can be a real eye-opener. -Analyze what you've written.  Ask yourself the following about your automatic self-talk: Is it rooted in … END_OF_DOCUMENT_TOKEN_TO_BE_REPLACED 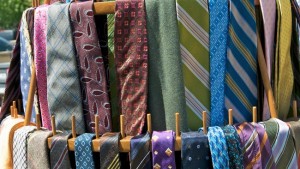 A few years back, when we were in a full wedding planning craze, I had my first experience renting a tux.  I couldn't believe the expense.  And the thing that blew is that it wasn't just me having to dip into my wallet, it was my groomsmen too.  But as I suited up on that amazing day (and it was worth every penny!) I couldn't help but send a silent salute to the bastard who figured out how to turn a $500 outfit into thousands. I guess the same could be said about all of those bowling alley shoe rentals. Enter Net Tie - a Netflix business model for you corporate suits out there. I first learned about these guys when there Google ad appeared alongside my Web site. Here's what they do, it's quite simple.  You pick a subscription plan, get ties in the mail, wear the tie (for as long as you like), send it back, and get more ties.  The more you pay, the more ties you are allowed to have out at once.  And a la Netflix, you'll receive a postage paid envelope to mail the noose … END_OF_DOCUMENT_TOKEN_TO_BE_REPLACED

"You idiot!" "Monkeys could do a better job." "Utter incompetence." These are direct quotes from Joseph Damon's Big Bad Boss.  He's a regular reader/listener who sent in the following e-mail:"Recently my boss has taken an uber-aggressive attitude with me and my co-workers. I don't know what gives but I almost feel like it's bordering on abuse. What do you recommend I do?"Well Joseph, you raise an excellent question with an annoyingly vague answer.  While every situation is different, and I'm, by no means an expert (I haven't been having the best luck with this situation recently, either), I will outline a few options.  I ask that readers of the Jobacle blog add their two cents too - and maybe together - we can get your bully boss to pipe down.Push back, immediately. Like most abusive relationships things get worse over time as the bully feels empowered that they can get away with this behavior.  The tricky part is HOW to push … END_OF_DOCUMENT_TOKEN_TO_BE_REPLACED 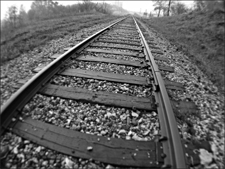 I used to spend everyday commuting into the city on the Long Island Rail Road.  While I don't miss it 99% of the time (I've since become an auto commuter)  - there's tiny part of me that enjoyed the time I had to put pen to paper and get lost in my own imagination.  Since I'm taking the holiday weekend off from the Jobacle thingy, I figured I'd post a short story I scribed on a train ride last year.  While it's technically not work related, I figured a little fiction never killed anybody.  Hope you enjoy...Riding the Train to Nowhereby Andrew G.R.Most of the time, naked windows have little to offer; vacant rooms, silent dwellers, and other boring nouns that sadly, make my life seem exciting. Of course, there is the occasional fight or fleeting nipple, each pumping my adrenaline into a cyclonic fervor. But this alone is not why I choose to ride the train.I take it to find out what pictures you have hanging on your walls. I take it to see if you have plastic shoe … END_OF_DOCUMENT_TOKEN_TO_BE_REPLACED

The Career Filter is a regular segment on the Working Podcast.  In it, we highlight three little-known career resources on the Web.  Since it's been a long time between podcasts - and might be even longer - I figured why not bring you a the 411 on a Web site I was recently turned on to: JustLanded.com. If you're thinking of working in another country they have all juice you'd even need.  Let's say for example you wanted to work in Switzerland - hey, why not! Here's some of the useful info you'll find on the site: The job market:For most foreigners, Switzerland appears to be a paradise for working conditions. Swiss employees enjoy some of the highest salaries in the world. Despite widespread job losses in Switzerland during the early 1990s recession, unemployment is still among the lowest in Europe. more Work permits:Since 1998, Switzerland has a dual priority system for the issuance of work permits: this means priority is given to workers from EU member states and a … END_OF_DOCUMENT_TOKEN_TO_BE_REPLACED 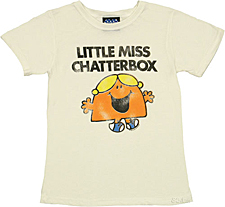 Just hand me a pink slip now... and the rest of the workforce for that matter.  If you've ever gossiped about your boss - your job could be in jeopardy.Four folks who work for the town of Hooksett, New Hampshire say they were canned for discussing the possibility of their boss and a mystery woman.      The boss felt his family life was being threatened by the rumors and took swift action against the chatterboxes.   It's an interesting question. There's nothing more conducive for idle chatter then meaningless break-room banter.  Are you telling me that employer's are in the right for letting these people go for opening up their mouths?  Has Pandora's box been opened or will this foursome get their gigs back?I can understand both sides of the argument and am honestly not sure where I stand.  While I think it over - why don't you tell me what you think by leaving a comment below. … END_OF_DOCUMENT_TOKEN_TO_BE_REPLACED

I've got some "real" work to do this morning so here's a quickie roundup of random career links that will have a minimal impact on your working world.Shortage of Women Truckers - I'd like to say I'm surprised.Class of '07 Job Boom? New grads might be mad lucky.Jersey Is Shrinking Away - Don't steal in the Garden State.Smokers Need Not Apply  - Hotel smokers get snubbed out.Knotted Necks - Formal dress code makes comeback. … END_OF_DOCUMENT_TOKEN_TO_BE_REPLACED

That's a thought that has crossed my mind during every sick, vacation and personal day.  It can be a rainy Wednesday afternoon in October - yet everything is packed!    Chris Colin has written a neat article for SF Gate: Why Aren't You Working? It's about time someone asked the question on everybody's mind! … END_OF_DOCUMENT_TOKEN_TO_BE_REPLACED