You are here: Home / Archives for Choose Your Career 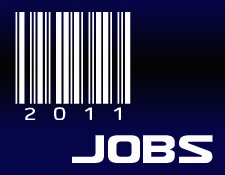 The economy has not completely recovered - not even close.  But there are some bright spots in the job market.  Some skills are still in high demand and jobs are easy to come by for properly trained professionals. Here are eight in-demand careers for people who are looking for a career change or who are about to enter the job market for the first time.  Employees in these fields should be on the hunt for companies that provide 360 feedback so that they can develop and improve while on the job. Interpreter/translator.  As more and more businesses begin to adjust to the international marketplace, they require the services of people who are skilled in languages other than English.  Translators have job security and solid earning potential whether they work with a translation service or are hired to work directly with a multi-national company. Medical technicians.  This field has two advantages.  First, it does not require extensive training.  Most medical technician jobs (from an … END_OF_DOCUMENT_TOKEN_TO_BE_REPLACED 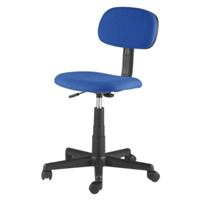 It is no secret that sitting down all day at a desk is going to be detrimental to your health over the long run. New studies are performed all the time that further cement our knowledge of this fact that it may seem there is little hope for so many people who work at a desk for a living. Even if you exercise regularly outside of work, it will not reverse the debilitating effects of sitting for a living. Quite simply, people were meant to move around. It wasn't always the case that we could just go to Wal-Mart and get every single good and service a human needs to survive. No, we used to have to hunt for food ourselves and use our bodies to keep our families and ourselves alive. Today in America, it seems that we have gotten far from what made us great. We used to be a nation that made things and now we're just a nation thst buys things. And with 30% of Americans being obese, it is plain to see that our health is failing. So, if you have to spend your life doing something, why not do … END_OF_DOCUMENT_TOKEN_TO_BE_REPLACED 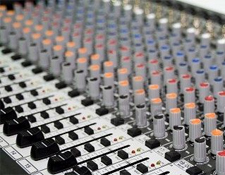 For most of us, our short-lived music careers started long before we ever dreamed of making any money. Spending our youth, much to the dismay of our parents, plucking away at guitar strings, conjuring up what would be the newest music revolution; we never gave a second thought to what would truly become. For the vast majority, these dreams slowly melted away and evolved into what could be called a “respectable” career ambition. For some of us, however, we clung to the dream, held true to the passion, and found, surprisingly, that there are a great many careers available within the music industry that can be obtained by nearly anyone. While most of these jobs do not involve “rocking out” to a jam-packed stadium of fans every night, there are many unique and challenging careers to be had within the music industry. Finding your dream career in the world of music requires nothing more than the right education and a love of sweet melodies; the latter may be a matter of debate. One … END_OF_DOCUMENT_TOKEN_TO_BE_REPLACED 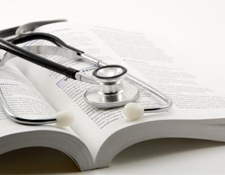 Interested in finding a high paying job that won’t require years of school or thousands of dollars of student loan debt? Consider a job in the medical field. The job market in the medical field has remained strong in spite of the current recession, and with many positions requiring only a couple years of school, many health care workers can benefit from a high salary as well as easy access to upward mobility in a few years time. Some of the top careers in the medical field for 2011 include: Registered NurseFrom basic check-ups to helping with the delivery of newborns, nurses are always in demand. This strong need has given nursing one of the best job outlooks amongst all professions experiencing a growth rate of over 2 percent in 2010 alone with an additional 582,000 new RN positions expected to be filled by 2018. Although nursing requires a 4 year degree, it makes up for the additional education with a higher salary. In 2009, the average salary was $63,750 with RNs in the top 10 … END_OF_DOCUMENT_TOKEN_TO_BE_REPLACED 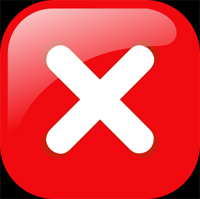 Ask any graduating senior and they will tell you that choosing a career, while an exciting prospect, is also terribly stressful. After all, once the safety of academia disappears, you’re on your own, often pursuing a job that matches your educational experience. We’re all told that we can be anything we want to be, and that’s true. But the part that’s often left out is the difficult road we must travel to get there. When choosing a career path, keep in mind the acronym VISE: Values Interests Skills Environment These four factors, considered in that order, can help you determine the best career path for you. But there are many traps along the way, ones that can lead you on the wrong career path. Here are the six worst ways to pick a career and tips to avoid them: 1. Picking a career because everyone says you'll be good at it. It’s flattering when friends pump your ego by saying that you’re funny or talented or super smart. But translating those … END_OF_DOCUMENT_TOKEN_TO_BE_REPLACED 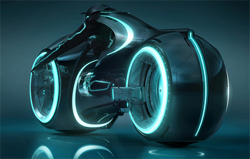 The job industry is continually changing. Old industries are dying and new industries are springing up to replace them. Knowing what’s on the up will help you get ahead and plan your career effectively. In late 2009, the US Bureau of Labor Statistics released a report entitled, “Occupational Outlook Handbook, 2010-11 Edition.” This study detailed trends in work, examining the types of industries where work will increase and where work is declining. The report covers trends from 2009 through 2018, and revealed some interesting changes. What is not particularly surprising in a service-driven economy is that manufacturing and mining are on a downward slope, while consumer-led services are on the increase. But which areas will experience the largest growth? The top five are detailed here...1. Healthcare and social assistanceThe largest area for growth by far is in the healthcare and social assistance industry. This sector will account for 26 percent of al new jobs in the … END_OF_DOCUMENT_TOKEN_TO_BE_REPLACED 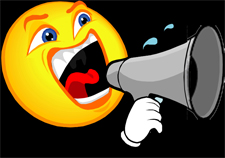 Because of their bloated, distended, and very warped sense of self, as well as the huge amount of decibels they waste, the loudmouths of the world rank way up there in the pantheon of office villains. At work, it sounds like their voices careen off the walls, echo in the ether, and don't even get absorbed by thick carpeting. They won't be stopped, and they can't be easily deterred. Because to them, "the world needs to know!" How smart they are, how tough, how successful, blah, blah, blah and more blah. They are egos gone berserk, feeding their starved psyches at everyone else’s expense. So, we submit that all loudmouths leave the world of regular office work, and instead find themselves in one of the following five occupations. Tell 'em anything, just be sure to also say that the world is waiting for them...Hopefully, they can't resist and will take their toxic show on the road. As you can see, there's a host of far more suitable venues for them to infect... >Talk Show … END_OF_DOCUMENT_TOKEN_TO_BE_REPLACED 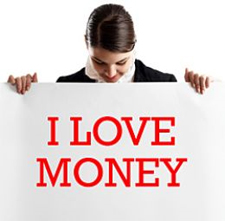 There's always a trade-off when deciding whether to continue your education. On one hand, you could start working now, but on the other hand, if you go to school for a few years, you could earn a lot more over the long term. The trick is finding the perfect blend of going to school and making more money. While you are pretty much assured to make a lot more money if you complete a bachelors degree program in a high-demand field, employers are not quite so eager to hire two-year program graduates for above-average wages. There are a few careers, however, that offer great wages if you complete a two-year associate's degree. Almost every career in the medical field is expected to have huge growth over the next 8-10 years. Why? For one, baby boomers are aging and requiring more comprehensive medical care. Many of these boomers worked in the medical field and are now retiring. So, it's definitely a good time to consider completing a degree that will get you into a high-demand medical job, … END_OF_DOCUMENT_TOKEN_TO_BE_REPLACED 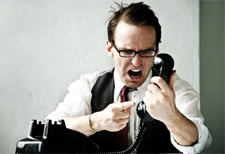 This new Jobacle miniseries will describe the five best jobs for various work types. The French have a term for this: ‘metier.’ The definition of métier describes a field of work in which one has special ability, proclivity; a forte, if you will. The folks we’re going to focus on today are Control Freaks. Future articles will include the Introvert, the Loud, the Passive-Aggressive, and a host of others. By identifying these types, it may be easier for us to cope with them and their nasty quirks. Better yet, you may be able (good luck) to jolly them into a career change. The Control FreakBecause of their urgent and strong need to have the illusion of control over everything, and everyone, they are a royal pain in the arse to all who come across them. While they may be good at what they do, they also inflict a great deal of damage on their subordinates. Literally, they give heart attacks before they get them. So, and in the best possible spirit, we think that all … END_OF_DOCUMENT_TOKEN_TO_BE_REPLACED 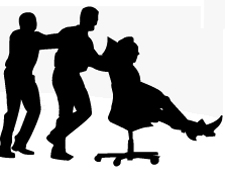 Like many things, discovering how to get paid to play sounds too good to be true. The fact of the matter, though, is that it’s not too good to be true. Things that are too good to be true would be things that promise results without any work. You can discover how to find a career you will enjoy each day as long as you put in a little bit of work in finding out what that career is. So how can you discover a fun job that feels like play time and is actually a career? Think About It – I know, it sounds like work. If you put some serious time and thought into figuring out what you like to do, though, you can then put some serious thought into how you can make your hobby into a paying career. Only serious self reflection will tell you what you view as play. So think about your hobbies and don’t leave anything out. If it’s snowboarding, you could be a snowboarding instructor, etc.  Take a Test Trial Run – Many ideas have a way of sounding glamorous but when … END_OF_DOCUMENT_TOKEN_TO_BE_REPLACED