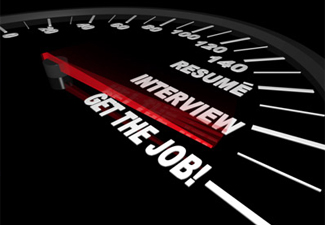 The world has changed so much over the past 10 years as more of our lives have been transferred from offline routines to online duties — that includes job hunting. There are few of us who have not ordered shopping online, caught up on TV shows or used a social network.

A consequence of this shift to the digital is how we apply for new jobs.

Go back ten or twenty years, and the weekly or monthly newspaper, the job centre and even the local newsagent’s announcement board was the main source of jobs. Now the world of searching for a new job is a mixture of online job boards, social media and browsing potential websites. E-mails have taken the place of postal applications as the recruitment process has been slimmed down.

As Lorraine of Workfish, a PR recruitment agency in London says “Back in the good old days job hunting seemed so much more simplistic. All you had to was get your CV in an envelope and alternate between two interview outfits, usually a suit, without worrying about the ‘culture’ of the business, how ‘cool’ they were and whether your trainers were in fashion.”

For people who have recently found themselves out of work after long term continuous employment the new job seeking market can be unprepared for the changes. So to prevent them from being daunted I’ve looked at five ways things have changed since you last looked.

With the prevalence of online job boards and the current economic situation, competition has increased for even entry level positions. According to a US report, for every 1000 views that a job posting receives there will be 100 applicants and depending on the company and job there is an average of 250 applicants. In the UK, some graduate jobs are attracting nearly 160 applications per vacancy! In general the number of applicants per vacancy has increased by over 31% in the past 5 years.

In this kind of climate it makes it tough for candidates to get ahead and become top of the CV pile. It could be something as silly as a typo that ends the chances of securing an interview.

The amount of applicants that some top end companies receive means they don’t need to use job boards. These companies only post their vacancies on their own website and still receive hundreds of applicants per vacancy. These are normally well known and established organisations which are a dream employer for many candidates. Therefore if candidates want to land a job with global brands or huge corporations it is wise to regularly check their website for openings instead of hoping to see one on a job board.

Headhunting has become much easier in the past decade. Previously it was very hard to get your name out there unless you happened to know someone from that company. It was more of a ‘who you knew rather than what you could do’ scenario. Now with the function of online CVs and other online profiles like LinkedIn, head hunters have huge databases to search for candidates. With the right keyword and CV – people can often secure their next role without even applying or actively searching.

However one should be cautious to rely on this route as competition is still very stiff. According to one leading job website, in the UK there are approximately half a million searchable CVs on their database. To get to the top of the database, candidates must place specific keywords in the CV which recruiters are likely to search for – even a few mentions of the job titles, qualifications and experience that an applicant holds can make a CV more noticeable pushing them to the front of the queue.

Widening of the search area

If you went back to a time before the internet, when looking for a new role – it would have been prudent to buy a local jobs paper. These papers were, and still are, a great source of jobs – however most, if not all, are localised vacancies. With the birth of the internet, candidates and companies could spread out their nets and search across countries, even the whole world. This has given candidates more choice if they are willing to relocate and companies a better chance of finding the right candidate.

I’ve moved across the country three times for a role that was based elsewhere. At the time I had no ties to the location that I was leaving. Moves are expensive to facilitate and can be difficult for the new employee to organise on short notice – but not impossible. And for the dream job, it seems many people are willing to move. Since 2010 those who are willing to relocate for their position has increased and 37% of those relocating for work are doing so when they join a new company.

The processing time for recruitment has decreased significantly in the last decade and continues to decrease every year. In 2011 the average time was 93 days from vacancy to the start of the new applicant, in 2012 it was 87. The use of the internet, which has allowed vacancies to be posted immediately and CVs to be instantly sent to the recruiter, has allowed days to be shaved off the hiring process. In the past organisations would have to wait until the local paper released its edition and then wait for the CVs to be delivered by mail.

Now even without the help of job boards, e-mail allows CVs to be instantaneous sent to the hiring organisation. Therefore closing dates can be made shorter and interviews arranged quicker. Organisations can easily set up a vacancy on Monday and start interviews the following week. Pre-internet it would have taken that long just for the vacancy to be released in print.

Social Media is becoming a major part of the recruitment process; global companies like Vodafone and Disney are using LinkedIn to advertise their roles. According to a recent study, 48% of organisations have stated that they are currently using social media, alongside other traditional recruitment practices, in order to find applicants.

The advantages of social media for organisations are immense. The ability to advertise a vacancy to potentially hundreds of thousands of relevant candidates by using hashtagged updates such as job or vacancy; has allowed companies to cut cost and attract applicants from a large pool of potential candidates. Social media, by virtue of the amount of information users enter, also enables recruiters to really target job ads to potential applicants.

Of course there have also been downsides for candidates which they need to realise and act upon:

The amount of personal information and views that can be stored online can affect the chances of someone being hired. In another study of online recruitment habits, 91% of companies stated that they used social media at some point in the recruitment process, especially Facebook, Twitter and LinkedIn, to pre-screen candidates. It was also revealed that 69% of organisations have rejected an applicant based on something that they’ve found online through social media.

Yet social media can also be useful. I have long championed that a blog can be an additional tool for applicants; one which can showcase their talents and work ethics. There is evidence that this practice has been used for technical roles and senior management positions – however as a blog takes time, those thinking of taking advantage of this advertising strategy should start now. The only issue that candidates might have is to start the right topic and to keep going – otherwise their blog will not do them any favours.

The world is a constantly changing environment and as technology develops so will the recruiting world. Jason Bandy, an expert in recruitment and founder of Telco Exec, explained where he felt the recruitment process was going in the future:

“Setting aside the discussions around Social Media and Job boards, I think that other technologies powered by the internet such as video conferencing, voice over IP, online assessment tools and applicant tracking systems have had a much bigger effect on reducing hiring costs for both employers and candidates. These tools have probably the greatest impact on the bottom line.

I see recruitment evolving rather quickly: where the internet, technology and human interaction combine to create ultra-niche, ultra focussed career hubs, where video, voice and other assessment methods combine to give people and companies a deep insight into each other.”

So while candidates need to be quick off the mark to apply for the role that they really want; they will also need to consider other avenues in the future. Finding the right role now is not as straightforward as simply buying a paper and sending off a CV anymore. It is can now be a complex mix of online job posting, speedy applications and social media searches and screening – one where competition is tough and the slightest slip can affect your chances of success. However opportunities for job seekers have expanded allowing more choice and freedom.