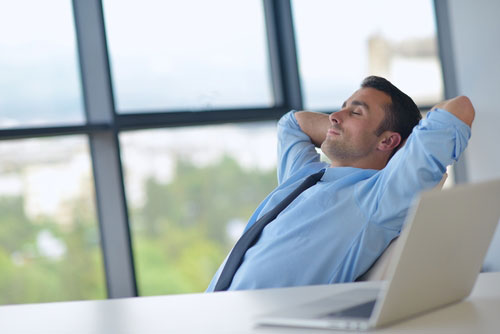 Low stress jobs that pay well? Sounds like an oxymoron, right? Is there a correlation between job stress and compensation? Do you have to set and ignite blasting caps on the side of a mountain to earn six figures? Most job seekers correlate compensation to both expertise and the level of stress that jobs induce. However, career information expert Dr. Laurence Shatkin conducted a research study that demonstrates job seekers have an abundance of job opportunities that ensure blood pressure remains low.

A Little Background Info about the Study

Shatkin compiled average salaries for 767 occupations that the United States Department of Labor officially recognizes. Then, Dr. Shatkin matched a stress tolerance rating to each of the 767 occupations, as issued by Bureau of Labor Statistics and Occupational Information Network. Stress tolerance measures from zero to 100, with factors such as criticism and workplace safety playing roles in determining the rating. Lower scores signal low stress jobs, while higher rating means the blood pressure has risen.

Shatkin’s meticulous research led to some surprising revelations. Yet, the first occupation mentioned on our list should come as no surprise to anyone that spends time gazing at the nighttime sky.

Imagine earning a living watching comets and asteroids glide across the clear nighttime sky. Astronomers work in an occupation that ranks near the low end of the stress tolerance scale. The most pressure placed on an astronomer involves taking care of highly expensive equipment. Once the astronomical show begins, astronomers can barely feel their hearts beating. An average astronomer salary sits at $110,440, which makes astronomy a low stress way to earn more than the average American does. Astronomers observe and interpret celestial phenomenon that moves about, albeit sometimes slowly, during the night. Education requirements include a Bachelor’s degree, with a Master’s and PhD recommended for astronomers that want to make more money.

Marine Engineers average near $100,000 in annual salary. The lower than average stress tolerance rating makes the occupation perfect for those who enjoy working on intricate projects alone or in small groups. Marine engineers construct and maintain marine craft, from simply designed sailboats to complex submarines. They work on mechanical systems that include steering and propulsion. This member of the low stress jobs list only requires a Bachelor’s degree, but it does take time to gain experience before you can expect to earn the average marine engineer salary.

If you ever took an economics class in college, then you understand that the curriculum represents the perfect panacea for insomnia. Economists barely break into a sweat devising flowcharts that describe the production and distribution of resources, such as products and services. How can an economist experience stress, when he or she works exclusively in theory? Economists make predictions and no one holds them accountable, whenever things turn out differently. Theory has a funny way of removing accountability. Economists average about $110,000 per year, with those working in the private sector making more cash to calculate supply and demand data.

The irony of low stress jobs that pay well concerns education requirements. You can make the argument that acquiring the education for a low stress job places more stress on students than the stress placed on the professionals who have earned the degree.