You are here: Home / Archives for Work for Yourself 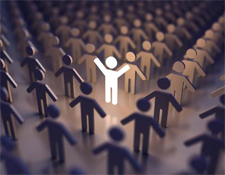 These are tough times for young people leaving college, there is no doubt about that. Good jobs are scarce and often finding any kind of employment is difficult too. I am not surprised then that many young people, faced with a prospect of endless looking for work, or staying unemployed decide to try earning money on their own. They make a choice to utilize the knowledge they gathered so far, skills, maybe even passions and turn them into a business. Being in their shoes, I would certainly do that too. However, when it comes to business, things don't look bright either. Setting up a company is easy but it is also not that difficult for an unexperienced person to run into trouble with it. I know because that's what happened to me. I set up my first company when I was 20 with what I thought was the greatest idea in the world but I lost the business a year later. I ended up in debts, although luckily for me it wasn't much, enough to put my life on hold for some time though. I survived of … END_OF_DOCUMENT_TOKEN_TO_BE_REPLACED 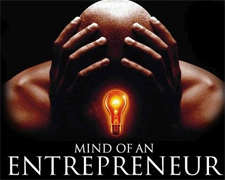 We all have to make tough choices in our lives, to do what needs to be done in order to survive. Many people find themselves selling off pieces of the dreams they held when they were young, trading the hopes and desires for a steady job with a reliable income they can use to support their families. The end result being that dreaded feeling as the weekend rushes by and Monday comes around again, calling reluctant workers back to the soul grinding drudgery of a job they never wanted to take in the first place. It's nice to believe that all you have to do is work hard and you will be rewarded for your efforts, with the universe magically aligning to present you with the perfect job to keep you content and well paid despite your current predicament. Sadly, despite what the movies would have you believe, this rarely turns out to be the case. You may well have a variety of skills, its entirely possible you even have a plan which you know deep in your gut would be a viable way for you to make … END_OF_DOCUMENT_TOKEN_TO_BE_REPLACED 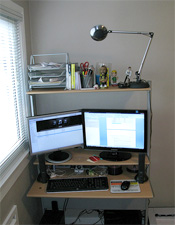 Working from home has become far more common these days than it would have been even a decade ago, with an increase in those working as freelancers, telecommuting or simply working for themselves. But whilst working from home can sound like a tempting option, it can be extremely easy to fall into a routine of general procrastination and television watching.There are ways of making working from home work for you however. In this post, I hope to show a few methods you can use to make sure you’re staying productive, proactive and just as importantly, stay sane.One of the most important things you should do is to properly define your workspace and separate it as much as you can from your personal space. So don’t work lying in bed or sitting with your laptop on the couch. If you feel like you’re at home, you’ll begin to act like it. You need to be constantly reminded that you’re at work, and the best way to do this is to have a room (or at least a defined area) … END_OF_DOCUMENT_TOKEN_TO_BE_REPLACED 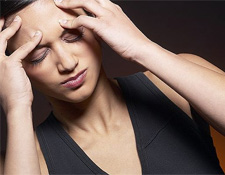 I am the envy of many of my friends.  My career as a freelance writer conjures up images in their mind of a life of leisure, and calling my own shots. Some even envision future appearances on Oprah when I pen my long-awaited book.Though I have been truly blessed, and I wouldn’t trade it, it’s not the Utopia that some of the “unenlightened” see it as!Here are a few annoyances that I deal with on a daily basis, or at least more frequently than I’d like to under normal circumstances.1. Constant interruptions.  Being at home most days means I’m pretty accessible to family, friends, telemarketers, and collectors.  So that means I’m constantly answering calls, or screening calls, or serving as Ann Landers to my friends, or being held hostage by a chatty caller, or looking up on the Internet that must-have anti-wrinkle cream that my mom didn’t write down from yesterday’s Dr. Oz Show. What part of “working” from … END_OF_DOCUMENT_TOKEN_TO_BE_REPLACED 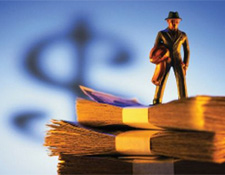 Freelance workers need a good PR campaign. It used to be considered glamorous when someone left the rat race to start their own dream business. Now people have begun to start businesses and take freelance or independent contract jobs out of pure necessity. Layoffs and long stretches of unemployment have left many people with no choice.Of course, there are perks to working for your self. I’ve been self-employed for most of the last 16 years. I’ve yet to have a boring meeting with myself or have my boss berate me in front of co-workers. So while there are still plenty of positives to the freelance life, there are distinct challenges. Getting paid is one of the big ones.A recent Wall Street Journal article, “More Freelancers Fight to be Paid,” by Joe Light explores the issue of those pesky Accounts Receivable. Light cites a survey released by the New York-based Freelancers Union that says “about 40% of freelancers had trouble getting paid in 2009.” … END_OF_DOCUMENT_TOKEN_TO_BE_REPLACED