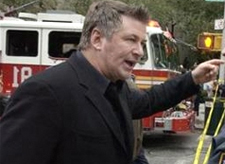 Put the Father of the Year award on hold.

What would an 11-year-old child have to do to bring forth such rage?  That’s a question Alec Baldwin’s camp is already bobbing and weaving around.

In case you’re under a rock, listen to the audio here.

Why am I writing about this on a career-related blog?  Because I propose a new entry into the American pop culture dictionary.

Baldwin (verb) – An act of rage

Put it this way, it’s a step before going postal.

Of course, you might recall from the movie Clueless that a "Baldwin" was a good looking guy.  Whatever.

"You don’t have the brains or the decency as a human being."

Man, it almost sounds like Alec was looking in a mirror and talking to himself.

So, next time someone loses their temper at work, just let them know that they’re "going Baldwin!" And don’t forget to subscribe to the blog and alert us if anyone goes Baldwin in your neck of the woods.