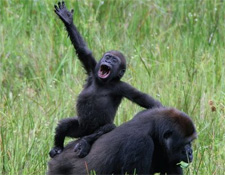 When you move away from your city, it’s tough saying goodbye to friends, neighbors and nearby family members. But it’s also difficult to leave your co-workers. After all, you spend as much or more time with them than you do your own family! Our relationships with our colleagues have sustained us through those bad Mondays and crazy deadlines. Sure, you pledge to keep in touch via social media and email, but that’s not the same as seeing them every day. Because your work pals are important to you, don’t forget to focus some of that energy you’re putting into moving on the workplace. Even if you’re relocating to a branch office of the company, it’s still important to maintain those ties. The following are some tips that might make these goodbyes and your transition easier. -  Let co-workers know as soon as possible – People need time to acclimate to unexpected news. If your colleagues know they have some time to say goodbye, it’s less stressful. - Carry your weight – Even though you … END_OF_DOCUMENT_TOKEN_TO_BE_REPLACED 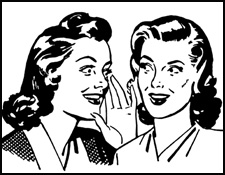 The water cooler is an office staple with many meanings. Some use it for refreshments while others use it as a meeting place to dish. Rumors fly around the office as easily as they do a playground in kindergarten. Even though some of us have an addiction to juicy gossip and drama, it can prove to be counter productive, especially when we are the subject of it. There are very few ways to avoid office gossip without avoiding everyone you work with, but there are ways to minimize gossip and its affects. Here are a few tips to keep the clucking hens as quiet as possible. Find them before they find you: Learning who the gossipers are before they reach you is imperative to defending yourself from the mud slinging. When you start at a new office, keep your eyes and ears open. The queens and kings of gossip are rarely hard to see. They enjoy being the center of attention as long as they aren’t the subject. They especially enjoy getting their beaks into the new guy. They may actually approach … END_OF_DOCUMENT_TOKEN_TO_BE_REPLACED

We hear a lot these days about the state of the economy and high unemployment rates. It’s enough to make one want to give up, but the news isn’t as bleak as some people think. Real Estate companies like Cole Capital and other leading businesses in the industry are always on the lookout for the next big star. There are still some great jobs to be had out there, and some of the best jobs available in today’s economy are actually real estate jobs. Not convinced? Read on to learn about the top five real estate industry jobs in today’s economy. 1. Property Manager A property manager is a Field General in the real estate industry. He or she handles leases, reviews budgets, collects rents, determines landlord and tenant responsibilities, and has a direct relationship with tenants. He or she makes sure each property runs smoothly, that tenants receive all their rights and live up to their responsibilities, and acts as the liaison between the landlord and tenant. Property managers are … END_OF_DOCUMENT_TOKEN_TO_BE_REPLACED