You self-important suckers! According to a recent Associated Press-Ipsos poll, one in five people brought a laptop along on their recent vacation. Aside from incessantly checking MySpace for new friend requests, you were checking in at the office too. Shame on you!The reasons cited for “checking in” were:- It’s expected of me- I might miss important information- I enjoy being “in-the-know”  Wow – I’m soooo impressed Mister Laptop on the Beach guy. You deserve your own “Real Men of Genius” Budweiser ad. 19% of folks said they worked on their vacation even though they were technically off. Don’t tell me a Blackberry is not the world’s smallest albatross.The poll also states that white men are the worst culprits when it comes to working on their vacation. Idiots. Women, were more likely to read a book. At least Oprah’s Book Club is good for something.The sad part is is that America already gets the least amount … END_OF_DOCUMENT_TOKEN_TO_BE_REPLACED 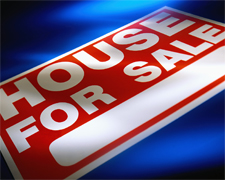 This might be a very personal question but I have to ask anyway.What percentage of your total household income do you spend on housing?I'm talking about your mortgage payment and taxes.You see, I've been hunting for a house for what feels like forever.  And I've heard all of the cliches: "you'll find a way to make it work," "bite off more then you can chew," "they'll never be a right time," etc.  And I'm not saying that that's bad advice.  But I am who I am, and I'm a fan of empirical data. Eventually, I'll pull the trigger on a real estate deal, but before I do, I need your input!  Many people say that you should not spent more then 25% of your salary on housing.  Others say don't exceed 40%.  I'm in New York, and I ain't going anywhere... at least not right now.I'm bored with all of those "How Much House Can You Afford" calculators.  There's nothing like real info from real people.So, if you can shed some … END_OF_DOCUMENT_TOKEN_TO_BE_REPLACED

Where in the "middle class" do you fall?  Leave it to the New York Times to care. An interactive graph lets you select your occupation, education, income, wealth - the tool will then show you where you rank against the rest of America according to U.S. Census data (as well as other sources). I actually ranked a little higher than I figured I would.  And I don't mean that to brag (I'm hardly ready for East Egg).  I have a fairly mediocre salary, in my humble opinion, considering what I bring to the table.  In fact, let's be honest, I'm grossly underpaid.  But who's not, right?  Even if you're not, I tell myself that YOU are so I can sleep at night! According to Wikipedia, the middle class are people who have a degree of economic independence, but not a great deal of social influence or power.   Do you care where you fall in the social hierarchy? … END_OF_DOCUMENT_TOKEN_TO_BE_REPLACED

Oh, Conan, you are so in a league of your own. Strap yourself in for a tour of Intel - where there's no individuality, no hope and chess matches at lunch. Suddenly, my cube doesn't seem so lame. … END_OF_DOCUMENT_TOKEN_TO_BE_REPLACED 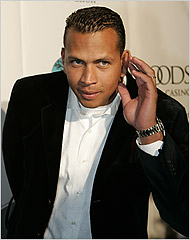 Just in case you've been living under a rock - or have a limited interest in baseball - here's the 10-second version of the controversy surrounding baseball this week.New York Yankees' third baseman Alex Rodriguez was running the bases.  There was a pop fly. As he passed the player who was waiting to catch the ball, he yelled, "Ahhhh!"  The player dropped the ball.  The Toronto Blue Jays were mad.  Screaming mad.Some players have called it "Bush league" - saying it was a play out of an eight-year-old little league game.  Others have said that A-Rod was desperate for a Yankee win and was doing anything he could to help.Now I pose this question to everyone: Would you want a "screamer" on your team?  Someone, who isn't necessarily cheating, but is willing to do what it takes to get your team "a win." In the business world, people are desperate to meet quotas, make sales and hit targets.  And sometimes, you have to … END_OF_DOCUMENT_TOKEN_TO_BE_REPLACED