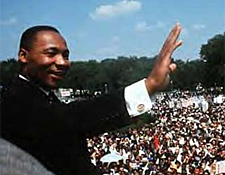 After wishing you, kind readers, the very best for the New Year, you should know that I’ve been asked – or ordered, more to the point – by my editor, to offer this first article of the new year in as positive a light as possible. After all, we do indeed believe in the possibility of new beginnings, and your humble narrator is no exception. And so we strive to maintain a mostly peaceful co-existence and balancing act between the eternal optimist and the hard-edged cynic. And maybe, just maybe, some truth comes out of this mix.

As we’re forced to suffer through but another media-saturated and truly pathetic political season, the relationship between politics and the office environment becomes all the more interesting. No, this isn’t at all about the usual run of office politics, but rather about how your current circumstances could be, well, far, far worse than you could ever have imagined.

For example, ever think what it would have been like to work for, say, a Stalin, a Hitler or an Idi Amin? Well, and if you’re feeling sorry for yourself or even thinking about how your boss is a petty dictator in his own right, a little dose of history is strongly recommended. Stalin, the long time dictator of the then Soviet Union, had kind of a thing about always keeping his life-long comrades in a steady state of deep fear. Many of his nearest and dearest got a medal one day, and a shot of hot lead the next. Or take Hitler, with all his racial insanity and assorted megalomaniacal complexes. Imagine working for him when he found out that you had a Jewish relative somewhere way, way back in your family tree? And yes, there’s always Idi Amin, who had many of his top aides clubbed to death. In each case, and history abounds with so many of them, the poor victims didn’t even screw up an annual report or something. Nope, they met ugly fates simply because their bosses could indulge in paranoia, cruelty and a passion for destruction.

Ah, so your boss, with all his warts and quirks, his/her irritating manner and snideness, doesn’t seem so bad, after all, eh? (I guess that this shows that I can be positive)! But seriously, is your boss a potential dictator, one who only acts with minimal civility because society, the law and the organization don’t allow for such abuses? Are there warning signs that you can use to help cope with those bosses who have delusions of grandeur? feelings of persecution? those who are psychopaths and view others as simply objects?

A few questions for you to ponder until next week, when we’ll discuss warning signs and coping mechanisms to help you deal with such bosses. (Subscribe now!) Of course, and if you have any observations or experiences that you want to share, please e-mail me here at the Cubicle Continuum, where the fluorescent lights never dim and comments are always welcome.