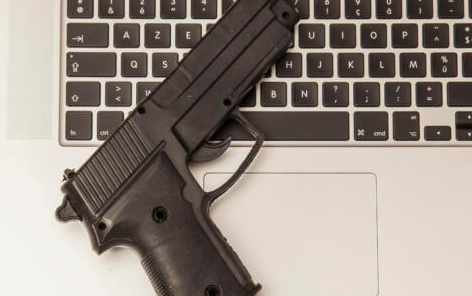 The article below is provided for illustrative purposes only. Jobacle and all related entities cannot be held legally responsible for following this information; use at your own risk.

There was a time when shootings in postal facilities were so commonplace it spawned a new euphemism for a postal worker who was going berserk with a loaded gun in his or her hand. It was called, “going postal.” Then there came a string of tragic school shootings that have devastated many American states and continue to do so.

But random shootings are not just limited to schools and postal facilities. Says a shootings lawyer premises liability specialist, shootings can and will happen anywhere, including but not limited to gas stations, campuses, bars, shopping centers, churches, mosques, the workplace, you name it. Basically, any “soft target” where people gather for fun, learning, shopping, or prayer.

Currently, the state of Florida ranks third in the U.S. for the number of mass shootings, but on average, shootings usually involve just one or two victims. It should be noted that while the shooter is obviously responsible for an attack with a gun, many times property owners, business owners, and managers can also be held liable. That’s when lawsuits arise.

But what about shootings that occur seemingly for no reason whatsoever in the workplace? What should you do in the event of such a dangerous, indeed potentially lethal situation? According to a new public safety report put together by the University of Miami, an active shooter and/or hostile intruder is defined as an individual who is actively engaged in attempting to kill or kill innocent people inside a confined and/or populated area.

The attacker will be using a loaded gun most of the time, but on occasion he or she might use a vehicle, bladed weapons, homemade bombs, or some sort of tool like a hammer that can do some serious physical damage. In most instances, these occurrences are random and not attached to any significant pattern of behavior. They can evolve fast and most times are over within minutes.

So what should you do if you encounter an active shooter in the workplace?:

Evacuate: Just run. If there exists an accessible path for escape, evacuate the workplace and don’t look back.

You also need to do the following:

–Have an escape plan and route already in mind.

–Get out whether your coworkers agree with evacuation or not.

–Leave behind all your belongings. Escape with your life.

–If possible, assist others with evacuation.

–Do your best to prevent people from entering the area where the active shooter is known to be located. No one should play hero.

–Your hands should be visible at all times.

–If police/SWAT are on the scene, do precisely what they tell you.

–Do not make an attempt to move or save the wounded. There are professionals for that.

Hiding: if you cannot locate an evacuation route, you need to locate a place to hide where the active shooter can’t get at you.

–They should be out of the active shooter’s view entirely.

–Provide adequate protection if shots should be fired in your general direction. In the case of a workplace, this can be behind a locked office door.

–They should not trap you entirely and/or restrict all of the at hand options for movement.

Here’s how to prevent an active shooter from breaking into your sheltering place or hiding place:

–Make sure to lock the door and/or barricade it.

–Blockade the door or barricade it with heavy furniture like desks and chairs.

If the shooter is very close to you or on his way to you:

–Place your pager or cell phone on silent.

–Turn off all sources of noise like radios and televisions.

–Take refuge behind big sturdy items like desks and cabinets.

–Above all, keep quiet. The shooter is actively hunting you down.

When it Comes to Protecting Yourself:

You Must Fight: As a last resort, the experts say that you must put up a fight. You must engage in a fight only when “your life is in imminent danger.” You should make every attempt to disrupt or incapacitate the active shooter by doing the following:

–Being as aggressive and physical as possible against him.

–Improvising weapons with anything at hand like a desk lamp and tossing them at him. Sharp objects like scissors and letter openers are effective.

–Scream and yell at him.

–You must fully commit to your actions are else stand a chance of being shot.

When the police arrive make sure to:

–Drop any defensive items gripped in your hands.

–Avoid all sudden and quick movements towards police officers, especially if they have firearms gripped in their hands.