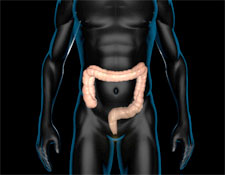 As we humans creep towards a completely hedonistic society, we do not ask or request to be happy all of the time, we demand it. Accordingly, it is not surprising that we are constantly looking for a job that “defines us,” and will allow us not only to express ourselves both creatively and intellectually, but will also make us whistle as we work, whilst offering a very generous salary with health care and dental. This is probably the reason why, in the Western world, so many people job hop in order to achieve these goals. Well, let me tell you, you should count yourself lucky; you could have been stuck with one of these ridiculous, sometimes embarrassing, sometimes down right degrading jobs.

Here are 5 of the worst jobs I could find in my meandering.

5. Inside of the ass cleaner

I don’t know the technical name for this job, but they basically stuff a large plastic tube up a person’s ass into the deep, dark realm of the colon. Then they pump luke warm, sterilized water up there and drain it back out, releasing the bacterial off-spring of the steak you ate last week. Sorry about the graphic language, but it is necessary in order to convey the bare bones of this job. Oh and this occurs just after they lube up the sphincter with some trusty KY Jelly. Apparently you feel as fresh as a daisy and as light as a cloud afterwards. Hmm…I think I’ll put it on my list of things to do.

I’m not sure about the validity of this one, but I read it in a tacky rag magazine so it must be true. Apparently he had a close associate who was given the task of tasting all of his food before meals. If he didn’t comply, he would be shot to death. Lucky for him, nobody ever left a tasty cyanide treat for the cute bubbly teddy bear dictator who killed 500,000 people during his bloody Ugandan reign. It is said that Amin predicted his own death, which begs the question why he had a food taster in the first place. Well, I don’t really know, but it probably has something to do with the fact that he was a complete nut-job. This ‘Ugandan Butcher’ had nothing to do with meat, unless we’re talking human flesh. Next!

This one is easy. They can’t have sex, and those robes look terribly uncomfortable, not to mention the lack of color…Versace is probably rolling over in his grave.

Technically this job doesn’t exist anymore…well in most places anyway. A Berserker was a Viking or Nordic man who used to run ahead of the main group of warriors at the start of battle. He would run towards the oncoming enemy with a large weapon shouting and screaming in a frenzy-like state. They usually took off their armor and were often completely naked. They were meant to scare the enemy so much that they were unwilling to fight. The good thing for the Berserker was that they were usually stoned out of their brains on some sort of psycho-active drug (a particular plant rubbed on the skin), so when they got chopped up into pieces they probably enjoyed it on some level. Anyway, I think I’ll pass on this job, but my God you would need some set of balls to do it. Scary balls.

Yes, that’s right, a monkey wanker! It’s not a typo. There is a zoo in Taiwan that actually requires a zookeeper to masturbate a male chimpanzee once a week. He does this for reproductive reasons, and apparently this method has been quite successful and has helped give birth to a number of cute little baby chimps. But, for Christ’s sake, come on man, you’re pulling the prick off a chimp. Not only does the keeper have to put up with this fact, but he also has to put up with the fact that every Wednesday morning at 10 o’clock, when he enters the chimps cage with his yellow rubber gloves, the chimp smiles and lays on his back with an erection you could hang a wet German army jacket on.

This is a guest post by Chris O’ Hara.