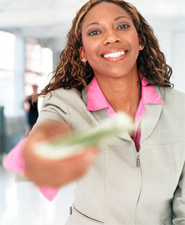 While the barrage of begging continues year ’round, it is never, ever worse than at Christmas time. Professional solicitors (aka Chariteers) well know, it’s the time of year when sentimentality is at its height and common sense at its lowest.

There appears to be no escape from the ongoing charity onslaught.

Turn on the radio, especially during drive time, and you’ll be sure to hear either laughing or crying children, and the charities they supposedly represent, wanting you to donate your car to them. Switch on the TV for some mindless, escapist stuff, and you’re bound to see some very slickly produced pleas for the homeless, the addicted, the sick or the dying – especially those in some fly infested and far away place. Your mailbox is stuffed with more return address labels than you can ever hope to use, along with ill-fitting T-shirts, pens that don’t write, key chains and an assortment of useless miscellania that we usually just call junk. Ushers ask for money at the movies and actors stand at theatre exits preaching aid for AIDS. Don’t even get me started on spam.

Ever been accosted outside a department store or shopping mall by a few thug types, who belch ‘Hep save a life’ in your face? Oh sure, I know, it’s to rehab drug addicts – and if you’re feeling intimidated and/or guilty…well, that’s just what these guys want. So not only do they bully you into giving them a buck or two, they make you feel like a wimp at the same time.

Really, is this very different from the ever-expanding charity hustle at the office? True, there’s usually no physical intimidation between the cubicles. Yet the charity types do indeed play the shame and blame game. And as a result, they just add more unwanted pressure to an already charged environment. Sometimes hiding under a humanitarian wrapper, these pains in the ass get to feel morally superior to their peers. Think about the nerve – wanting you to give your hard-earned cash to a charity of THEIR choice.

You know the drill…Joe Blow from three cubes down the hall is running for some newly discovered medical syndrome next Saturday, while Suzy Q of the HR department will be walking for battered whomevers Tuesday night, and your boss is selling over-priced, stale cookies for his kids private school (where even the janitor makes twice what you do).

These charity solicitations never cease.  In fact, they seem to multiply as newly discovered victims, causes and diseases are found. Despite their denials to the contrary, many of these charities have political, social or other agendas that, if you knew what they were, you may well want to avoid.

And where the hell is your company in all this? Why don’t they have a policy, an enforceable one, that stops the so-called do-gooders from invading your space and your privacy? They sure seem to have enough rules about everything else. Why are these self righteous types permitted to run rampant, especially when they should be, well, working?!

In the real spirit of giving, here are some tips to help you cope with this issue, and not be bulldozed into giving away your money when you really don’t want to:

> For the bold hearted, you can just say NO, thank you. Actually, this is a good exercise in self-assertion for all of us.

> If you want to still say no, but don’t want to look ‘bad,’ you can say that you’re fully subscribed and already donate to the charities of your own choice.

> Sliding down the self-confidence scale, you can always say that you already gave to whatever the charity is.

> And, for the weak among us, you can always weasel out by saying that you’re kinda short this month, or that you have a lot of expenses.

> Also, and if you want to know how much of your contribution really goes for the right stuff, and not for admin. overhead, public relations, high salaries and expensive travel costs, do check out CharityNavigator to investigate.

I know, you’re a good person who probably has sufficient sympathy for the less fortunate; and that’s fine. Donating to charities of your choice is admirable. Allowing yourself to be bullied, shamed or otherwise extorted to give your hard-earned cash where and when you don’t want to is anything but fine. It’s really a matter of self-esteem. And that’s why charity does indeed begin at home.