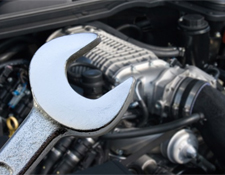 Although you may want to offer your services as often as you can in order to make management happy, there are certain things outside of the office you shouldn’t engage in. You can be friendly to your coworkers, but there are several aspects of interpersonal relationships you should stay away from. Fixing your supervisor’s car may seem like a good career choice as he or she may hold you in higher esteem afterward, but it could wind up blowing up in your face causing a great deal of drama.

1. Skills – While you may want to help to the best of your abilities, you may not have the skills to accomplish your goal. If you were a good mechanic that would have been your career choice and at this point fixing the car isn’t such a big deal. However, you could be lacking important knowledge needed to fix the car if you don’t have a background in auto-repair. Then you run the risk of causing more damage than there was initially. Your lack of skills could make for a very terrible situation and you could become responsible for anything that goes wrong. The ripples in the employment pool will begin to form into waves.

2. Responsibility – As with causing damages above, you will become responsible for anything that will happen to your supervisor as he drives the car around. It doesn’t matter if it is completely unrelated to the initially problem, you will still be viewed as responsible. If your supervisor becomes injured while driving within a few weeks of you working on the car, he or she could hold you completely responsible for the incident and could seek legal counsel. Of course, this is speculation and should be seen as the worst case scenario. However, it is safe to assume that you will be held accountable if something were to happen to the automobile after you worked on it.

3. For Pay – Usually, the supervisor will offer to pay you for your time. No matter what amount is agreed upon by both parties, it adds another element to a potential explosive situation. If your work is incomplete or the problem isn’t completely fixed, there could be animosity between your supervisor and yourself. Regardless of the amount, the supervisor will still feel wronged and may act in kind within your company. Promotions could be delayed, leave could be denied, or a number of other “vengeful” tactics could be instituted.

4. As a Favor – Like the saying goes, “You scratch my back, I’ll scratch yours.” However, a world of bad things could happen if you scratch his or her back with a pitchfork by not fixing the car correctly. If there is a problem with the car after you’ve worked on it, you could find yourself in a position where leniency would have been beneficial to your cause.

It is always best to remove yourself from fixing anything that belongs to coworkers or administrators. Too much is at stake, especially if you love your job. It is better to stand firmly, apologize, and explain that you’d rather not put yourself in that situation and suggest someone who can. It’s better to cause a slight disappointment and saving face than to have a world of hurt storm down upon you if something goes wrong.