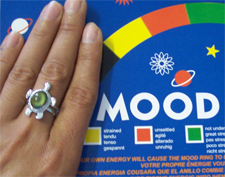 The mystique of mood is a phenomenon that has haunted us from, I suppose, the very beginning of time.  Why do we feel one way at a certain point in time, and then almost exactly the opposite, a short time later, even when nothing has substantially changed to account for such a difference in how we feel, how we see the world, and how we treat others?  True, it’s one thing to have to deal with mood swings, etc. in the nuclear and extended family, as well as with just about everyone else we interact with, but it rises – or falls – to a whole other level of importance once we take mood into the workplace.  Mood is as much a part of us as anything else that’s an integral part of who we are, like a personality, an ego and even a conscience.  And we take it with us, wherever we go.

While moods are a natural part of the human condition, it’s still important to think about them, and how they can impact on us, and not just today, but possibly even where our future is concerned.  Whether we attribute mood changes to the tides, hormones, diet, or whatever, the fact is that moods are very important.

I don’t know about you, but there are many times when I wished that my boss, subs and peers were all required to wear mood rings.  Remember those?  They were these kinda neat, cheapo novelty rings with a clear stone (probably glass) that claim to change color as the wearer’s mood changed.  The thinking, of course, was that it helped you to know how to play other people. Hmmmm, my boss looks to be in a good mood (ring stone turns light blue), so I guess this is a good time to ask him for a raise.  Or, conversely, (stone turns red) ‘Uh oh I better watch my ass today, my boss is pissed off at the world, and hunting for a scapegoat.’

Were it all that simple, I’d be the first to buy a few hundred and give them as gifts to everyone I work with,  But the more important question is how to deal with moods and their perennial swings in the workplace.

Moody coworkers can, despite their other talents and abilities, be a pain in the ass, on a number of levels.  They can actively sulfur the atmosphere, pollute morale and generally turn a nice day into a bummer.  They demand careful handling, which is often a luxury that we can’t (or simply don’t want) to indulge given the press of business, tight timelines and out own morale and motivation.

There are basically three ways to handle moodiness in the workplace… and no, lithium in the water cooler is not permitted!

– Commiserate and act as if you ‘feel the pain.’  While this may help in the short term, it’s likely to foster a degree of dependence where you become the moody guy or gal’s resident shrink.  Which means you will only encourage bad behavior, become a part of the behavior, and continue a deception which causes no one any good.

– Challenge, which is almost as bad as feigning sympathy.  You are not, after all, a drill sergeant, or a parent, who oozes self-pity when talking about how rough they had it when compared to you.  Boring, and a total no-win for all.

– Ignore, which is about the best of the solutions.  In this way, you don’t reinforce bad behavior or feed into someone else’s pathology.

Unless you work for employee assistance, you are not being paid the big bucks to be anyone’s cathartic.