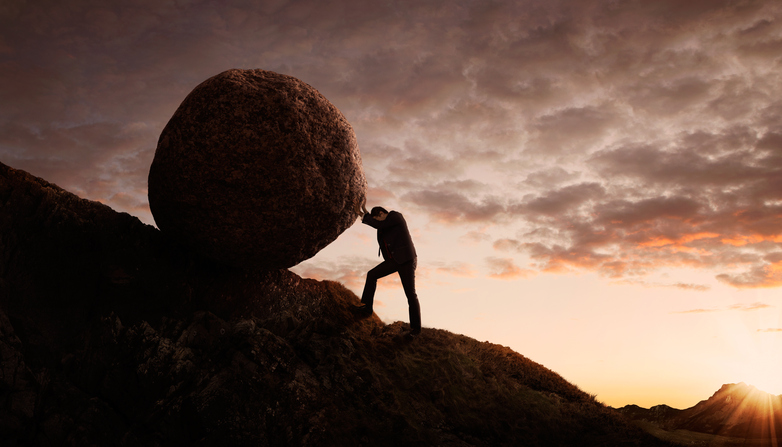 “Go to college or get a job.” That’s how it used to be for young adults transitioning from the golden days of high school to the grind of starting a career. If you chose to get a job you usually were setting a course for a blue-collar career. After a suitable period of apprenticeship, you could expect to earn a living wage, but you’d already be invested in your career. Going to college was a separate path altogether.

That’s no longer the case for those coming of age and entering the workforce. Landing a blue-collar job with good long-term prospects is much tougher coming out of high school. For many of the better-paying ones, some form of post-secondary education or certification is often required, in addition to deep experience.

Nice work if everyone gets it

LiveCareer’s 2018 Job-Hopping Report gives us a sobering answer. We wanted to see exactly how education performs on the blue-collar job market, right where the rubber meets the road; that is—where the resume meets the job ad. We looked at several thousand resumes and job ads covering 12 different occupations, altogether making up one-quarter of all U.S. occupational categories.

Natural Language Processing was used to analyze the exact language jobseekers use on their resumes and employers in their job ads. Our aim was to determine whether education creates friction between blue-collar jobseekers and employers and if it does so at the point where the two first meet on the job market.

What we found was that although education enhances job qualifications, it is not the best way to demonstrate them, at least on the resume.

Here’s how the story unfolds.

Overall, workers are entering the workforce with more education than ever before.

Almost two-thirds of Millennial-aged jobseekers in our study had some form of higher education: 19 percent listed a two-year degree on their resumes, 36 percent included a four-year degree, while another 10 percent had graduate degrees.

In comparison, 26 percent of Millennial-aged job seekers listed at least one professional certificate or license on their resumes, less than Generation X-aged jobseekers (30 percent), but more than Baby Boomer-aged jobseekers (21 percent).

Yet, post-secondary education is often not relevant for blue-collar roles

That translates into a lot of friction between blue-collar jobseekers and employers in how they value educational qualifications. The highest friction was found in so-called non-professional occupations, where job skills transfer easily to another employer. In such occupations, employers tend not to regard degrees, certifications, and licenses as adding value, even though most jobseekers dutifully list them on their resumes.

And how does that play out on the job market? Many blue-collar jobseekers end up pursuing roles for which they are overqualified, overeducated, and ultimately under-compensated. As far as employers are concerned, such candidates are not likely to turn into engaged employees, much less permanent ones.

Check out our collection of free, professionally written resume templates and cover letter templates, all of which are organized by industry and job title. Also find guidance on how to answer some of the most common interview questions you could face in an interview situation.