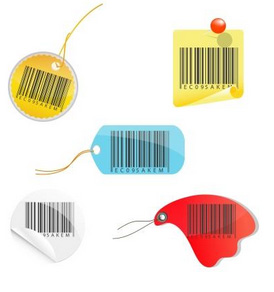 If you are new to the world of barcodes, one of the things that you may have trouble deciding on is what kind of symbology you want to use for your barcodes. Before you can choose the right type of symbology, it’s essential for you to gain an understanding of the different types of barcode symbologies that you can choose from. Here are ten different barcode symbologies that are common and that are used these days for many different applications, found in part on a helpful chart on Barcode FAQ.

This symbology uses character sets that include barcode symbols which represent the characters 0 to 9, the letters from A to D and the symbols: , $ – / + .

EAN stands for European Article Numbering and it’s an international code for retail products. It contains 13 numbers and is created for larger packages.

This barcode symbology is a compressed version of the EAN code. It only contains 8 numbers and it’s used for the smaller products.

The characters that make up this symbology’s data set includes barcode symbols which represent numbers 0 through 9, and the stop and start characters.

This is a number only barcode that’s used to encode number pairs in a barcode format that’s high density and that’s similar to the code 128 set.

The character set of Code 11 Is made up of barcode symbols which represent numbers 0 to 9, the dash symbol, and the characters for stopping and starting.

This barcode is one that was developed by the post office in the United States to encode information about zip codes.

This is the standard barcode for regular items that are being sold to everyone. It’s the code that you see on items at grocery stores. There are two different types of UPC.

This symbology is commonly used for custom applications. It’s popular since it is able to support both numbers and text. It’s able to be read by just about any kind of barcode reader with a default configuration, and it’s one of the oldest modern barcodes. Its width varies and it can support any number of characters your reader can scan.  These codes aren’t prone to the substitution errors and are self-checking. They generally won’t need checksums.

Since there has been some talk about checksums;

These are extra characters that are appended to a barcode to guarantee that they will be read correctly and that the information wasn’t corrupted, according to How Stuff Works. They’re necessary on some of the barcodes that are often reading errors. It’s a good idea to use checksums on the really dense barcodes that are only numbers.  Most of the barcode readers are able to be configured for using checksums in the following ways:

The second choice is usually the best. Some of the symbologies, like UPC codes, require checksums, but the processing is invisible to programmers. The second choice guarantees that you’ll get a read that’s good, but doesn’t guarantee that you’ll have a good computer connection. With choice three, you’ll get both a good connection and read. This requires the right software on your computer for verifying your checksum. This provides the system that is most secure but requires additional logic for the program.

Choosing the right type of symbology for your business can be confusing and sometimes difficult. But when you look at all of the choices that you have, you can find the one that is going to be best for your personal needs.  If you are interested in knowing more about 2D barcode symbologies, there’s a good article on Swing Labels.

Whether you need a barcode scanner, a printer, or something else for your business’s POS, there are many things to choose from at Shopify. They have a lot of different items for your business and they can answer your questions about barcode symbologies in order to help you find the best one for you and your business.