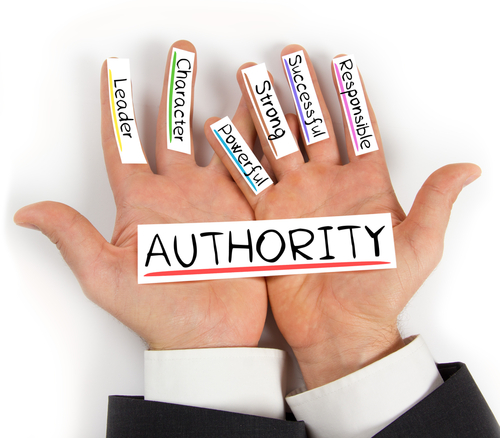 After reading the following succinct explanation, you should nail the common job interview questions for managers, as well as understand how to implement authority and responsibility principles on the job.

How to Define Authority…Rather Dryly

The Business Dictionary defines authority as such:

The “Institutionalized and legal power inherent in a particular job, function, or position that is meant to enable its holder to successfully carry out his or her responsibilities.” Well, that’s a formal way of defining authority. How about we translate the definition into jargon used by the people that make business decisions. Authority means having the power to delegate job responsibilities to optimize the performance of your team. A company CEO has the authority to request financial spreadsheets from the accounting department and the head of accounting has the authority to decide which of the accountants carries out the responsibility of creating the accurate reports.

So, what is this thing called responsibility?

Define Authority as it Relates to Responsibility

We discovered that authority acts as the center of power for workplace performance. Where does this thing called responsibility fit into the professional mix? Let’s shun the dry Business Dictionary and apply a little common sense. Responsibility represents the obligation to complete a task assigned by the person that has the authority to delegate. Once assigned, the responsibility must be successfully completed or the consequence for failure has tremendous repercussions. You can have several professional responsibilities simultaneously, with varying degrees of urgency and complexity.

If you don’t own up to professional responsibilities, the worst thing to do is blame someone else for your failures.

Be Accountable for Your Responsibilities

Another way to define authority is to emphasize that those in power hold people accountable for the responsibilities delegated. The Business Dictionary does a much better job of speaking in terms you and I understand, when it comes to defining the relationship between authority, responsibility, and accountability. According to the Business Dictionary, authority is “The obligation of an individual or organization to account for its activities, accept responsibility for them, and to disclose the results in a transparent manner to the people granted responsibility.”

Still a bit stuffy, but much better than the PhD level explanation for authority.

A Twist on How to Define Authority

It seems overly complicated, but let us put how to define authority into a slightly different version of Authority for Dummies.

We didn’t invent the wheel. We just want to define authority clearly.