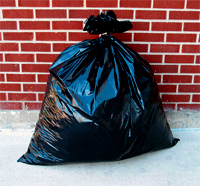 After moving eight times in the last nine years, I have come to the conclusion that I really hate moving.

Aside from having to put everything I own into boxes, moving is the only way to truly appreciate all of the garbage that I own.  Dumping the contents of my junk drawer on the floor revealed, among other things, Weezer tickets from a concert I attended in 2003, a broken Tamogotchi and my old pager.

I guess a part of me is hoping that the items I’ve outgrown will serve a future purpose, when in reality, I know that they won’t.  It’s important to know when to clear the clutter out of our lives because if we don’t, we get bogged down with useless junk and have no room left for new and exciting things.

This doesn’t just apply to our personal lives.  We need to know when to let go in our professional lives as well.

Ever seen the film Office Space? Remember Milton Waddams? After working at Initech for years he was banished to Storage Room B. And then, to make matters worse, the bastards took away his red stapler.  Unfortunately Milton’s fate is a common one in the professional world and it happens to even the best of us.  One minute you’re the hot shot burning through promotion after promotion and the next minute you’ve been given an arbitrary managerial position and stripped of all your meaningful duties.  It happens so quickly sometimes, doesn’t it?

The sad truth, my friends, is that most companies have a glass ceiling and once that ceiling has been reached there’s nowhere else to go.  When that happens it’s time to start looking for new employment.

Yeah, I know – change can be scary.  But it’s a helluva lot better than wasting away at a job that doesn’t challenge or fulfill you.

I’m pleased to say that my Tamogotchi and pager are now sitting in a garbage bag at the end of my driveway.  Getting rid of them wasn’t as hard as I thought it would be.  Truth be told, it was actually kind of liberating.

The Weezer tickets, however, have been tacked to my fridge.

We all need to take baby steps from time to time.

But small steps in the right direction are far better than not moving at all.

This is a guest post by Cheryl Santa Maria.