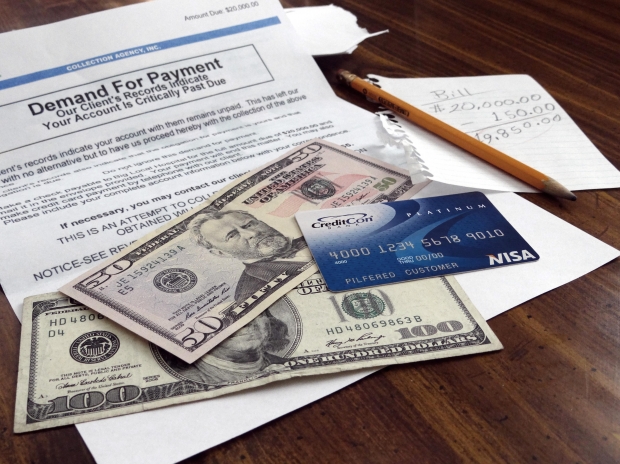 Bad credit can hurt your recruitment prospects. It can also stop you from getting that promotion you’ve been eyeing up. Although most people think that the main users of credit reports are banks and other lending institutions, records from the past decades show that credit reporting bureaus have been selling to a range of other buyers.

A nonprofit based in New York called the Neighborhood Economic Development Advocacy Project notes that credit reports are being used in banking, insurance, housing, and employment.

Chi Chi Wu, a National Consumer Law Center lawyer says that credit report checks is a bizarre practice. Americans who can’t pay their bills because they were laid off can’t get jobs because they don’t have money to pay their bills. Ms. Wu adds that this does not make any sense. While the practice is considered as unfair, a survey done by the Society of Human Resources Management notes that in 2012, 50 percent of employers checked credit histories of applicants before making a hiring decision.

Why Employers Check Your Credit History

Employers check credit reports to judge how responsible an employee or applicant is in terms of his finances.

In the United States, credit report checks are often a part of the job application process but before a potential employer can take a look at your credit history, a written authorization from you would be needed.

Many job seekers are afraid of these credit checks because of the things that a future employer can discover about them. Would they discover your Pokemon collection or will they find fodder for office gossip?

It is natural for applicants or those seeking a promotion to be concerned about the contents of their credit reports and how it will affect their application. However, you shouldn’t worry about it too much because nothing is unsolvable, according to experts. It is all a matter of knowing what to look for and how to make your credit report look better than it ever did.

If you are prepared to sign a release, a prospective employer will be able to see delinquencies, judgments, liens, bankruptcies, loans, mortgages, credit card accounts, and accounts that went to collection.

Human resource professionals note that there are credit report red flags that employers look for to determine if an applicant is fit for the job.

Liens, for example, suggest to future employers that an applicant isn’t responsible enough to pay off his debts and not sensible enough to negotiate a settlement. Individuals who have used 100 percent of their credit are also at risk of being rejected by employers.

Employers also think that individuals with foreclosure and bankruptcy records are not resourceful enough and that they have problems being responsible for their actions. The situation also suggests that those who are bankrupt are quick to bail on large undertakings.

How to Prepare for Pre-Employment Credit Checks

It is best to sort out your credit before applying for a job, experts say. The Fair Credit Report Actentitles Americans to a free credit report per year and getting a copy would be the best place to start.

If you have recent late fees and outstanding loans that you can’t pay just yet, it is advisable to refinance your loans so you can finally pay off your debts. Getting a personal loan with lower interest rates will not only be good for your credit but will also solve your current financial problems.

While refinancing may affect your credit score, it must be kept in mind that potential employers will not be looking at your score but will be taking a look at how you handle your finances. It also must be noted that credit reports complement general background checks. Some experts say that these reports are rarely the main reason for rejection. It can still affect a prospective employer’s decision though because of the correlation between responsibility and finances.

If you filed for bankruptcy in the past, it is best to formulate a short and contrite explanation as to why you came to such a decision. What seems serious to you right now might not really matter to an employer.

If your credit report is generally in tip-top shape, it won’t hurt if you take a closer look. An FTC study in 2012 notes that one out of five Americans have found errors in their credit reports.If you find that you are paying higher rates on loans or that new accounts were opened under your name that you know nothing about, it is time to fix the problem. You should do this as soon as possible because certain mistakes can come between you and employment.

If you feel that you were rejected due to bankruptcy or that your credit report was used for discriminatory activities, call the Equal Employment Opportunity Commission (EEOC) immediately.