Many employers are willing to pay to advance your education. Taking classes while working full time can be a tall order, but the best companies want their workers to thrive, grow, and feel challenged.Just because your company handbook makes no mention of tuition reimbursement doesn’t mean your boss won’t pay to send you back to school.Increase the odds of attending a (virtual) graduation ceremony on the company’s dime by being able to answer these seven questions:What’s in it for your employer? You already know what you’ll gain by advancing your education, but your strongest case is showing the employer what’s in it for them—specifically, what’s in it for your direct supervisor. Since this person will need to seek approval, you’ll need to get him on board by outlining what he’ll gain from helping your continue your education.What concerns will your boss have? Most companies will be concerned that you’ll use them to pay … END_OF_DOCUMENT_TOKEN_TO_BE_REPLACED 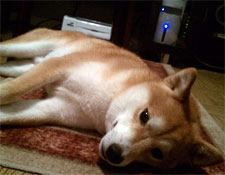 My officemate is a slightly demented 3-year-old. Actually, he’s 15½ and a cat. When he wants something, like dinner, I get an earful of his yowling Siamese heritage. "I want it NOW!" A few minutes later he is likely to forget we’ve been there, done that. But I wouldn’t trade him for even your BFF human co-worker.Having your pet at work is one the best perks of working at home. But even in traditional workplaces, I’m noticing that an animal at work is becoming more acceptable. At the dentist awhile back, I could feel someone sniffing my foot. Since the hygienist was cleaning my teeth and I assumed the dentist wasn’t admiring my footwear, I wondered what was up. It was the resident Golden Retriever. He was a honey and I imagine having him there is very calming for patients.Why Not?I’ve heard all the arguments against having your pets at work; people are allergic, they’re distracting and some people are afraid of dogs/cats. Obviously, some … END_OF_DOCUMENT_TOKEN_TO_BE_REPLACED 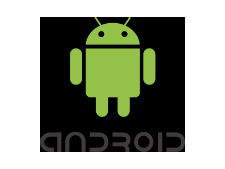 If you haven’t noticed, there happens to be an app for everything these days!  Whether it be the iPint or the Ocarina, which means you can now drink beer and whistle a tune all at the same time, it just so happens there are some very useful apps for the career world.  If you don’t have these on your phone yet, here’s a few of the best career apps on the market.   To Find a Job 1) Career Builder Just like the online version and with all the same user capabilities as the online layout, the CareerBuilder app is super easy to use and boasts a 2-million-job database.  It knows your location and searches for local jobs based on an easy keyword search. 2) Indeed.com The app for the noted Indeed.com website (a Jobacle favorite) has joined the top ranks of career apps and was listed as one of the top 10 most useful iPhone apps by pcmag.com in 2009. As with CareerBuilder, you can search for jobs, save searches and email job postings. 3)  Job Finder Job Finder does much of the work for you.  … END_OF_DOCUMENT_TOKEN_TO_BE_REPLACED