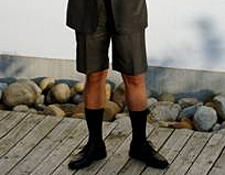 I've told you before about my biggest workplace fashion pet peeve: faded black socks.  Samy Liechti, the Swiss entrepreneur behind Blacksocks.com, the international “sockscription” sensation now sweeping into North America, offers his tips on running a successful e-retail business below. Success Lies in the Small DetailsWhat has been your most memorable career moment? I started my career as a marketing executive. One day, I was invited to dinner with Japanese business associates. The dinner was a great success, and afterwards we moved to a Japanese tea house where, following tradition, everyone removed their shoes. I looked down, and I had two different socks on – one with a hole in the big toe. I sat cross-legged for an entire evening, trying to hide my foot. It was then that Blacksocks was born.How has your business grown since its founding?  I knew from the beginning that I wanted to make the Internet the linchpin of my business. This was in 1999, … END_OF_DOCUMENT_TOKEN_TO_BE_REPLACED 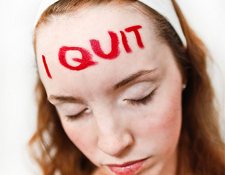 The saying, “quitters never win and winners never quit” has been quoted so often that it is engrained in our brains as truth.  But when it comes to quitting your job, this is not always the case.  In many instances quitting your job will make you feel like a new person, and a winner again.According John Khoury, CEO and founder of the latest comprehensive online health and wellness resource, Liquic.com, there are several healthy reasons to quit your job, and plenty of health benefits from quitting.  Here are some pointers on how to know when to quit, how to quit, and what quitting can accomplish. Reasons to Quit* Work is overly stressful and leaves you with a headache, backache, ulcer, or other stress related ailments.* Your job does not challenge you, leaving you depressed.* The career field you have chosen leaves you unsatisfied.* Work leaves you out of touch with your friends and family.The Art of Quitting* Give plenty of notice.  The company is … END_OF_DOCUMENT_TOKEN_TO_BE_REPLACED 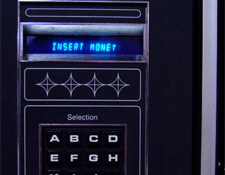 I want you to get a dollar's worth of change and go to your company's vending machine.  When you get there, hold out your hand and count to the twelfth item.  Start with the first horizontal row and work your way across.  When a row is complete, skip down to the one below it.  When you identify item #12, drop the change into the slot and watch the salty/sweet goodness drop to the bottom of the machine.  Stick your hand into the metal slot and remove the treat.  Unwrap and enjoy.  Maybe 12 is your lucky number and you are eating one of your favorite treats.  Perhaps you're trying something new.  Whatever your 75 cents bought, it was a break from the routine.Habitual days define office life. Predictability provides a safe haven for some - it breeds contempt for others.  Breaking the repetitive cycle is easier than people think.  Sometimes it's as easy as a trip to the vending machine.There are a million ways to break up the monotony … END_OF_DOCUMENT_TOKEN_TO_BE_REPLACED 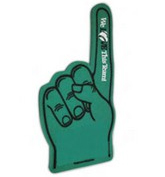 Baseball season is upon us, meaning day games galore for the sports fan. Unfortunately, most of us are stuck at work for the majority of the day, meaning very few opportunities to enjoy this time of year. Baseball season is especially tough on those of us working in an office or cubicle every day. If you can’t make it to the game, or your favorite sports bar – why not bring the atmosphere to your office? Some of us are lucky enough to have bosses that are bigger sports fans than we are, but for the most part, you have to be careful to not attract too much attention when turning your office into your sports sanctuary. But through some carefully selected appliances and décor, you should be able to enjoy your favorite sports without catching any heat. Here are three rules for turning your office into a sports sanctuary along with the items you’ll need to pull it off.  1. Always have a cold drink availableEver been to a ball game and not have something to … END_OF_DOCUMENT_TOKEN_TO_BE_REPLACED

For between $20 - $50 a month, LinkedIn wants to help you stand out from the crowd with a Job Seeker Premium Account.  (If we're not connected on LinkedIn, we should be.)Benefits include:* Move to the top of the hiring manager’s list as Featured Applicant * Communicate with hiring managers, even those outside their network* See full profiles of hiring decision makers* Keep track of contacts from your job search * Access "Job Seeking on LinkedIn" Webinars Here's the scoop from the the Director of Product Management at LinkedIn, Parker Barrile.In this economic environment it’s tough to find a job. But LinkedIn can help. Today we’re excited to announce a major upgrade for job seekers on LinkedIn: the Job Seeker Premium Account.We spoke with hundreds of job seekers to understand their needs and designed a package of features to help them stand out from the crowd, reach out to hiring decision makers, and manage their job search more effectively. The new Job Seeker … END_OF_DOCUMENT_TOKEN_TO_BE_REPLACED 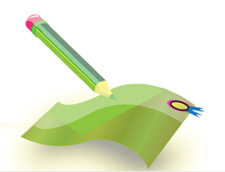 Job Genius helps students create, improve, and publish résumés – and identify job matches via best-fit technologyVeechi Corp. — developers of the “Veechi Classes” Facebook application — today released Job Genius™, the first cloud tool to help college students create a professional résumé with input from invited members of their Facebook circle.Job Genius guides students through their résumé with directions and suggestions for completion. It automatically transfers relevant information from a student’s Facebook profile to the résumé. The student can invite any member of his or her social circle to comment on the résumé, and then accept or ignore any edits. The completed résumé can be downloaded as a PDF file to be printed or posted at job sites.Many college students have never created a résumé and few are experienced résumé writers, so … END_OF_DOCUMENT_TOKEN_TO_BE_REPLACED 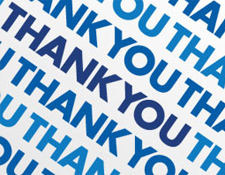 An envelope stamped CONFIDENTIAL arrived in my home mailbox today from my company's Human Resources Department.  Inside is a "Personal Earnings & Benefits Statement," a pamphlet that lists my annual salary, 401k contributions and the cost (to them) for all of my benefits.While a convenient "stat card," I'm not sure what the purpose of this mailing is.  Oh wait.  I think I DO know.  It's propaganda.The final page includes my "total compensation," a figure that adds items like my 12 vacation days and 10 paid holidays to my salary.  The number is displayed in bold at a larger font size than everything else.The point they are trying to make is you think you make X but you're really making Y.  You should be grateful.  Look how generous we are.And I AM thankful to be gainfully employed, making an honest living.  However I'm not a child.  I don't need to be reminded that my "compensation does not mean salary alone."Is this a foreshadow of … END_OF_DOCUMENT_TOKEN_TO_BE_REPLACED

Google has launched the “Search Stories Video Creator,“ a quickie tool where  you can create your own commercial for Google.  Remember that nifty ad they ran during the Super Bowl.  It looks just like that.   Just insert seven search terms, select a soundtrack and the video will automagically get uploaded to YouTube.What a swell idea. They've got hard working people like you and me spending time spreading their message for free!  But maybe we can turn the tables and use it to promote ourselves.Here's my Sunday morning crack at it... … END_OF_DOCUMENT_TOKEN_TO_BE_REPLACED 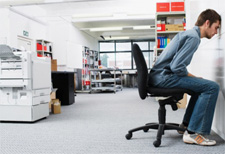 We hear a lot about ADD and ADHD (Attention Deficit Disorder and Attention Deficit and Hyperactivity Disorder) these days. It used to be these diagnoses were only applied to bouncing-of-the-walls children. Now, just about every adult you talk to will say, “I’m SO ADD! I can’t stay focused on anything.” But is it really ADD/ADHD or just the modus operandi that describes how we currently function in our stressed-out work and home lives?In a recent Wall Street Journal article, “Mind Games: Attention Deficit Disorder Isn’t Just for Kids. Why Adults are Now Being Diagnosed, Too, Melinda Beck says, “How do you know you have ADHD, which experts compare to having a mind like a pinball, with thoughts flitting in multiple directions. Maybe you're just overcaffeinated and overworked?”If you can relate to “having a mind like a pinball,” how do you differentiate a real ADD/ADHD diagnosis from a chaotic work style or work environment? As … END_OF_DOCUMENT_TOKEN_TO_BE_REPLACED 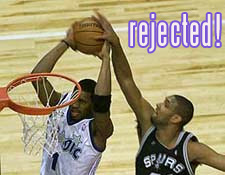 I’ve been looking for work lately and it’s bleak out there and because I’m a “glass half-empty” kind of gal, it started me thinking about rejection. I haven’t had the chance to be rejected (or accepted) since I’ve not been asked to interview for any positions to which I’ve applied. Rejection stirs up all kinds of bad feelings. No matter how confident you are, your self-esteem takes a hit.A recent article in the Wall Street Journal, “Before They were Titans, Moguls and Newsmakers, These People were…Rejected,” by Sue Shellenbarger examined how successful people, including Ted Turner, Tom Brokaw and Warren Buffet, responded to being rejected by their first college of choice. Often, after receiving that rejection, going to a different school led them to their eventual career path. In fact, some of their most impressive achievements can be traced back to that early rejection. Shellenbarger quotes Buffet, who was rejected by … END_OF_DOCUMENT_TOKEN_TO_BE_REPLACED