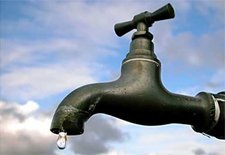 Far too often I have seen employees' talents get underutilized in the workplace.  Sometimes it's the fault of a modest worker; other times it's an uninformed boss.  Since we are all experts at something, I believe it's important to tap into the skills of workers at all levels.  Hidden talent benefits no one.  The first step is to understand what each person is capable of.  On the audio file below I talk about a possible solution to bring workers skills to the forefront.   Direct Download … END_OF_DOCUMENT_TOKEN_TO_BE_REPLACED

There's something I've hated since the third grade, yet I've found it trailing me like a bloodhound over the past two decades.  It's when a teacher hands out a syllabus or assignment and then preceeds to read the entire thing around.  This is not teaching.  This is not lecturing.  It is laziness.This problem has seeped into many of the meetings I attend.  Workers prepare reports and then read them alond - word for word.  If we are having a meeting, isn't it fair to expect that we will verbally discuss and expand upon the information contained on the paper?  These verbatim readers never see the attendees' eyes glazing over because they are too busy reading!Reading aloud might be effective for my wife's second grade class, but in the businessworld, you are embarassing your staff and yourself.Sorry for the rant.  If you want to vent about work, leave a comment below and be sure to check out the Jobacle Master Lists of Work Vent Websites. … END_OF_DOCUMENT_TOKEN_TO_BE_REPLACED 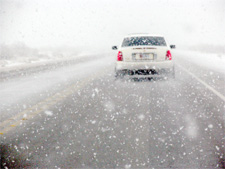 Unless you earn a living as an emergency responder or snow-plow operator, there's no reason to report to work amidst a winter storm. Or, at least that's what logic and humanity seem to dictate. But who said cooler heads prevail at work?! Unfortunately for middle-of-the-ladder employees, we rarely get to see our bosses' "softer side." In the northeast, we have experienced some the worst snow conditions in 114 years--and even that didn't make employers change their rigid tune.Missing work when it snows is serious business. Read more from Andrew G.R. on "snowjobs" at U.S. News & World Report. … END_OF_DOCUMENT_TOKEN_TO_BE_REPLACED

Finding Help for Major Career IssuesThere are so many job issues facing us these days - threats of layoffs, no merit increases, toxic work environments or a bad job fit. But who is the best resource to consult for help when it’s more than you can handle? In Part I, I discussed using your personal support system (friends, family, parents & co-worker/friends). Today, I’m looking at the pros and cons of using a professional network, including your boss.BossPros:·         A good supervisor knows (you hope!) your job specs. and has a more global view of the company than you do.·         Your boss knows your strengths/weaknesses and might offer specific strategies or solutions to tackle your issue.Cons:    * If your relationship with your boss is problematic, telling him you are having issues could put you at risk.    * Your boss could pass the buck to … END_OF_DOCUMENT_TOKEN_TO_BE_REPLACED

Finding Help for Major Career IssuesI can only recall one job that had no inherent stress: I worked in a small card shop while in grad school. I read funny cards, rang up a few sales and had plenty of time to study. The majority of people experience some level of stress or difficult issue at work and it helps to have a supportive, sympathetic ear when you need to talk it through. But sometimes it’s hard to know who would be the best fit when discussing major career issues. Do you talk to your co-workers, boss, a psychotherapist, friends, family or parents, etc.? When does it make more sense to consult a career coach?First, let’s look at the pros and cons of getting emotional support from the people in your personal life. (Co-workers fall in both personal and professional areas as they can also be good friends.)FriendsPros:    * They know you well and are mostly tuned into what you need.    * They also have some history with you and your work … END_OF_DOCUMENT_TOKEN_TO_BE_REPLACED

People are so wrapped up in finding job opportunities, that they often forget the importance of how to quit a job.   If you’re not using the final weeks, months, days and hours at a job to reinforce your passion and expertise, you are missing out on a golden personal branding opportunity. The people you work with today, from the newly minted intern to the curmudgeon in clerical, could be the lead to a new job tomorrow. Work hard until the very last secondThe reality is that people WILL talk about you after you leave a job. They’ll likely blame you for things that you had nothing to do with.  Imagine how nice it would be for someone to come to your aid, defending your honor, even after you’re gone.  It is possible!  Give people very little reason to bad mouth you.   Not only do you need to work hard and tie up all loose ends when you come to the end of the road at a gig, but you need to be your own cheerleader too. Make it known that … END_OF_DOCUMENT_TOKEN_TO_BE_REPLACED 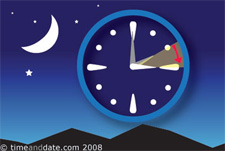 Remember that cool car Michael J. Fox drove in the movie, ‘Back to the Future’, that ultra-suave time machine that allowed him to not only look cool on screen, but also impact events in past and future? On Sunday, March 14 at 2 a.m., we’ll be wishing we looked that dapper. Daylight Saving Time has more of a bewildering effect on our organism than anything else. It is mini jet-lag at its best. Every year it’s the same old story. We switch the clocks, blink bleary-eyed out the window, and wonder why it’s still dark outside. We battle with our own instincts to curl up into the fetal position for one more round of sleep. Let’s look at it positively. It is the one moment of the year in which we get to jump forward an hour with a simple twist of the clock. A minor inconvenience of modern life, Daylight Saving Time is meant to save energy. While most of our lives is spent on some level of clock combat as we try to beat more into our schedules, Daylight … END_OF_DOCUMENT_TOKEN_TO_BE_REPLACED 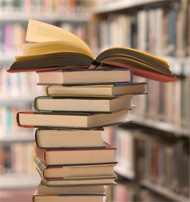 You’d think the last thing that you’d want to do, after spending eight or more hours at the office, is read about working at an office. But, much like that TV show everyone loves, representations of lives similar to ours--even if they’re satirized or dramatized--give us comfort. Empathy is a powerful emotion. And it’s a coping mechanism. The following are a short list of good books--by turns dark, funny, and evocative--that share with us in the joys and agonies of the workplace.  1. Then We Came to the End by Joshua Ferris Joshua Ferris’ celebrated novel about working at an advertisement agency has been compared to The Office, but I think the book is much funnier. Winner of the PEN/Hemingway award for best first novel and Time magazine’s 2nd ranked book of 2007,  the novel is narrated in the  first person plural--that is, “we” instead of “I”-- and it’s the voice of the agency’s paranoid employees who … END_OF_DOCUMENT_TOKEN_TO_BE_REPLACED 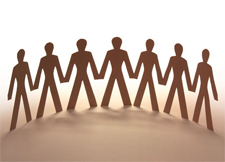 Sometimes it IS Who you KnowI stopped in a local art gallery (Hayley Gallery) yesterday to see the owner. I interviewed her for a magazine article last year and we hit it off. I hadn’t seen her or been in the gallery for quite awhile, but I had an ulterior motive - I wanted to tell her I was looking for a job. Prior to opening her gallery, Hayley worked in marketing and advertising and she knows people. And it’s not just because she is so personable, she’s amazing at networking.You always hear the majority of people get their jobs through a network of who they know. A recent article in the Wall Street Journal, “Internal Hires, Referrals Were Most Hired in 2009,” by Sara Needleman cites some stats to back that up. She reports that, “Internal transfers and promotions accounted for an average of 51% of all full-time positions filled in 2009, up from 39% in 2008 and 34% in 2007, reports CareerXroads, a staffing-strategy consulting firm in Kendall Park, … END_OF_DOCUMENT_TOKEN_TO_BE_REPLACED