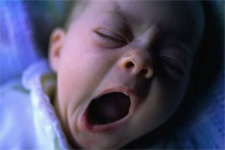 You'll often read that if you are bored with your job it is time to find a new one.  Solid advice, but easier said than done. If financial/stability or some other concern is keeping you at a boring gig, here are several ways to break out of the funk.  You might also want to consider researching online colleges.- RUN IN CIRCLES.   OK, you don't really have to run in circles, but if you find work unbearably lame, you need to make an effort to exhaust yourself before you get to the office.  This might be a trip to the gym or running errands.    This is a tactic that my shiba inu puppy employs (not the errand part!) before we put him into his crate for the night.  He knows that he must exhaust himself in order to avoid a restless night behind bars.  - KILL THE INTERNET.  Most workers who are killing time while 'on the clock,' rely on the endless supply of content provided by the Internet.  This poses two major problems.  1) … END_OF_DOCUMENT_TOKEN_TO_BE_REPLACED

The world is more focused on the iPad, the latest gadget from Apple, then they are intent on watching President Barack Obama's State of the Union address tonight.Perhaps that's part of the reason our economy is where it is.  Our heads are up our asses. We need new jobs.  Better benefits.  Is there an app for that?The president is expected to talk about his push for tax credits for new hiring, an incentive that will hopefully grab the attention of American employers.  Also on the agenda is a requirement that companies allow workers save automatically for retirement. Watch the speech live at Whitehouse.gov and get your drink on! P.S. - iPad is such a crummy name.  Sounds like a digital tampon. … END_OF_DOCUMENT_TOKEN_TO_BE_REPLACED

OK, so it's for a movie, but he still gets the boot!  Playing the typical Hollywood-incarnation of the "successful" businessman, Ben Affleck stars in the new movie "The Company Men," which is being played at Sundance.Learn more about the movie on the Working Podcast and watch the trailer below. … END_OF_DOCUMENT_TOKEN_TO_BE_REPLACED 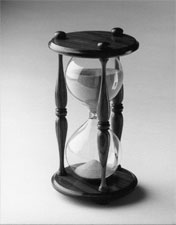 It’s a Scientific FactI made that up, but doesn’t it feel that way? With a holiday, you get a nice day off at the beginning or end of the week. But you know you’ll be punished on the remaining workdays. Not only has your workload multiplied while you were away, but the days seem interminably long. It takes 6 hours just to get to lunch!There must also be a universal equation: holiday + boss’s bad mood = new projects he makes up out of thin air. It makes no sense that in a 4-day week you would actually have the time to complete tasks that it normally takes you 5+ days to accomplish. So throw in a new project and you’re doomed. Cancel happy hour or dinner out. You’re there for the duration. It’s a trade off - you get a day off, but the work awaits. My hubby runs into a different scenario. He works 4-10 hour days. But on holiday weeks he works 4 regular 8-hour days. Since he usually starts his 10 hours early, he looks forward to going in late … END_OF_DOCUMENT_TOKEN_TO_BE_REPLACED

From empty paper trays to smelly lunches, The Today Show took to their series 'Pains in the Office' to find out what's driving NBC staffers nuts at work.They are also asking 'What would you do if Brian Williams stole your lunch?'  Simple.  I'd say nothing and poison tomorrow's sandwich. We've taken to Twitter to hear your Coworker Pet Peeves.  If you have something to add, let us know!  Also check out 6 Annoying Things Millennials Do @ the Office.   … END_OF_DOCUMENT_TOKEN_TO_BE_REPLACED 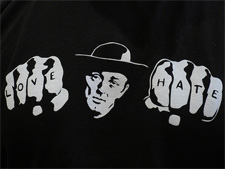 It's a question asked by every parent, friend and acquaintance: "How's work?" Most of us have a stock answer we go to.  But few of us have ever put much thought into the importance in the way we answer the seemingly innocent question.  Let's look at a few different scenarios. IF YOU SAY WORK IS BAD:  This is likely the answer most people are looking for.  People like to commiserate and 'bond' by trash-talking low pay, a boring routine, and made-for-reality TV co-workers. IF YOU SAY WORK IS GOOD:  They won't believe you.  They'll try to steer you towards negative territory to see if you're human.  Stay strong. IF YOU ARE VAGUE ABOUT WORK: Short answers make it appear as if you are hiding a larger issue - or are a boring conversationalist.  This leaves too much to the questioners' imagination, allowing them to come to their own (inaccurate) conclusions about your job. IF YOU OFFER WORK DETAILS:  Many people ask questions without any interest in the answers. But it's worth … END_OF_DOCUMENT_TOKEN_TO_BE_REPLACED

With the help of your iPhone or Android-based device, you can breathe fresh life into boring meetings.  Learn about Meeting Madness and Bad Meeting on the latest episode of the Working Podcast.   Direct Download … END_OF_DOCUMENT_TOKEN_TO_BE_REPLACED 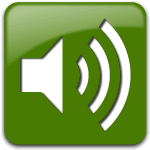 Back when podcasting was in its infancy, I launched the Working Podcast, a 20-minute online radio show that focused on the world of work.A half a million downloads later, I think it's fair to say my first online endeavor exceeded my expectations.  I love audio and I love the concept of the show.  But part of me recognizes that I no longer have the time to commit to putting together a well-produced and somewhat lengthy program.So how do I keep the show alive and satisfy our thousands of subscribers, all while keeping my work/life balance in check?Meet the Working Podcast 3.0; same great quality, just less of it!Effective immediately, the career radio show will be produced in easy-to-digest, bite-sized nuggets.  Each show will be between one and three minutes, delivering the latest career advice, employment news and job Website reviews.  I'm not sure how frequently I'll roll out new "episodes." My guess is that it won't be every day, but it will be more than once a … END_OF_DOCUMENT_TOKEN_TO_BE_REPLACED

Sometimes Snail Mail is the Way to GoI just received a nice, potential opportunity which resulted from networking - my friend recommended me to a CEO for a job. The CEO told the friend to have me email my info to her directly. Nice! But I said to my husband, “I should probably first ask her if she is OK with attachments.” He thought she wouldn’t have given out her email address if she wasn’t comfortable with me sending the requested documents. So I sent an email with attachments. Turned out that she would have preferred I send the resume text in the email, so I obliged. But it felt like a misstep.It made me long for the good, old snail mail days. No overthinking, just simply insert resume and cover letter in envelope and send. I realize I sound like a dinosaur, but some biz protocols were just no-brainers then.I also noticed as I look back that there was a high interview-to-hire ratio when I followed up an interview with a handwritten thank you note - on … END_OF_DOCUMENT_TOKEN_TO_BE_REPLACED

The Real World, America's first true reality show, has asked us for over two decades, "What happens when people stop being polite and start acting real?"We know the answer.  They become enamored with the possibility of fame and act like a-holes.  We'll see if the same goes for the CEO next door.No hot tubs.  No alcohol-fueled late nights.  Just 'everyday' CEOs doing your job. That's the concept of a new CBS show, Undercover Boss, premiering in the coveted post-Super Bowl time slot.  If you're wondering what's exciting about watching head honchos from White Castle, 7-Eleven, and Hooters step out from their corner offices to do 'real' work, we're with you.  Don't expect any elimination challenges or a panel of berating judges.  CBS is combatting the bore factor by attempting to pull at our heartstrings by profiling 'average' workers and their struggles. Aspirational?  We'll see.In a perfect world, the person in charge would already have an … END_OF_DOCUMENT_TOKEN_TO_BE_REPLACED