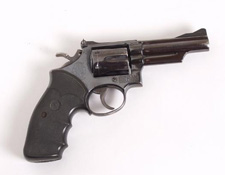 Daniel Kuch, a Washington resident, has admitted to having his friend shoot him in the right shoulder in order to get out of work.Jeez. We never thought anyone would take our Sick Day Calendar THAT seriously.Allegedly, Kuch was looking to avoid a mandatory employer drug test.  He figured the shooting, which he originally told police was a drive-by, would get him off the hook long enough to let the drugs leave his system. At least the drugs didn't impair his judgement.Kuch has been arrested for lying to authorities, and his buddy (what a friend!), Kurtis Johnson, gets charged with reckless endangerment. I've heard a lot of crazy excuses for getting out of work, but this one has got to take the cake.  Even at my most desperate moments, I've never thought of getting shot to escape the perils of work.  Saying your shot is one thing, but actually taking the bullet is another mess entirely. … END_OF_DOCUMENT_TOKEN_TO_BE_REPLACED

This is a guest post by Kate Gatto.Company: Razume.comSlogan: Your Resume Review CompanyPros: Resume rating scales; information blackouts for privacy.Cons: Anonymity; inability to ask follow up questions; weak profile pagesRazume is an online community that lets you upload your resume and get it reviewed by a community of users who have also submitted their resumes. This lets you get comments and suggestions for improvements on your resume in an entirely anonymous atmosphere. Your privacy on Razume is 100% guaranteed.  As a matter of fact, it's mandatory.  You are forced to block out any identifying information on your resume when you submit them for review.  Which is great if you don't want your boss to know that you're getting ready to go back on the market. However, it's lousy if you're hoping to do your search under the radar while making connections.Razume might want to consider hiring the Resume Hunter.The anonymity of your commenter's is a double-edged sword: … END_OF_DOCUMENT_TOKEN_TO_BE_REPLACED