As Facebook continues its march towards social networking domination, they are regularly adding career-related applications.  Here's a look at some recently-added employment tools that can help Facebook users land their dream job.INTERN NATION: College students looking for three credits and employers looking for cheap labor both find love with an internship. An updated list of opportunities can populate within your profile with this app.  Remember, even if you are removed from college, internships can be a great way to make a successful career transition.JOBSTER: With over 250 partner employers targeting the 18 - 30 demographic, you can connect directly with hiring managers at companies you'd like to work at.  Find openings, learn about recruiting events or convert your profile into an online Jobster resume.FIND A BETTER JOB: This Career Builder project is designed for job-seeking college students.  Your profile info is scanned and you are matched with job … END_OF_DOCUMENT_TOKEN_TO_BE_REPLACED 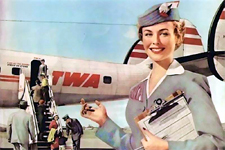 I recently purchased a vintage employee handbook from the now defunct Trans World Airlines (TWA). Thumbing through it, secretly hoping to find some ridiculously outdated and outlandish personnel policy, I uncovered what I think is a pretty neat perk: The TWA Suggestion Plan. The benefit made employees eligible for cash rewards (over $5,000) if their suggestion was adopted and helped make the company money. Folks also won awards if their suggestion had an "intangible value" to the company. That's some serious money in 1965! Now I can only speak from my experience, which to this point has been: Share an idea // make the company money // get no reward // get no credit. Perhaps it's just the media industry where companies feel your mediocre salary also gives them ownership of your ideas. Check out the vintage handbook excerpt below. If your company has a "suggestion plan," we'd love to hear about it. What are your thoughts? Should companies reward employees for helping them make … END_OF_DOCUMENT_TOKEN_TO_BE_REPLACED

He got his start laying pipe for the Atlas Water and Sewer company.  Eventually, he climbed the ranks, becoming responsible for a staff of 800 and annual revenue exceeding $120 million. His name is Victor Kipling. This is his weekly column. While the barrage of begging continues year 'round, it is never, ever worse than at Christmas time. Professional solicitors (aka Chariteers) well know, it's the time of year when sentimentality is at its height and common sense at its lowest. There appears to be no escape from the ongoing charity onslaught. Turn on the radio, especially during drive time, and you'll be sure to hear either laughing or crying children, and the charities they supposedly represent, wanting you to donate your car to them. Switch on the TV for some mindless, escapist stuff, and you're bound to see some very slickly produced pleas for the homeless, the addicted, the sick or the dying - especially those in some fly infested and far away place. Your mailbox is … END_OF_DOCUMENT_TOKEN_TO_BE_REPLACED

Thank God, it's the last dance!  The fifth season of Dancing With the Stars (DWTS) is finally over. I don't understand the success of much that's on TV, but this show is an absolute enigma to me.If at this point you're thinking, 'Andrew, if you hate the show so much, why the hell do you watch it?'  Fair point.  My only response is that it's difficult to avoid when you're wife is addicted to the show and you live in a one-bedroom apartment.Since I must purge my system of this dreadful show (at least until next season), please allow me to share with you several common themes I've noticed between Dancing With the Stars and working.The Fix Is InThe premise of the show is that non-dancers get teamed up with a professional to learn how to dance.  We all know that most of the contestants have had some training and/or instruction on the past - but for some unfathomable reason - over 20 million people a week choose to look the other way.  This season's runner up, Mel B. … END_OF_DOCUMENT_TOKEN_TO_BE_REPLACED

This is a guest blog post by job hunter Sally Lawton.  Company: Jiibe.comSlogan: Company culturePros: Empowers the job seeker; Learn more about what YOU want in a job  Cons: Limited sample size; Can't search geographically; Company write-ups a bit staleFinding the right job is a lot like finding the right partner. So what happens when you take a job classifieds site like Monster and smash it headfirst into a matchmaking site like eHarmony?  Jiibe.com is born.Jiibe.com’s defining characteristic is a lengthy personality quiz that examines 18 'critical factors' of employment. By asking questions that compare your current company’s culture to your ideal company’s culture, Jiibe promises to scientifically match you to your next employer. By the end of the compatibility quiz, users will know which cultural characteristics are important to them, and which companies value the same characteristics.  Once a 'match' is selected, users can then read more about … END_OF_DOCUMENT_TOKEN_TO_BE_REPLACED

Tell me if this sounds familiar...It's 7pm on a Sunday night. You've just finished dinner and you are starting to settle down for the evening. Normally this would be a relaxing time. Maybe you take this time to reflect on the past week, or perhaps settle into your latest Netflix arrival. But this night is somehow different. You suddenly become filled with a certain something.  You can't exactly but your finger on what it is.  Unfortunately, there's a good chance that it's anxiety. Rather than relax you actually begin to get worked up, even annoyed. It comes in waves and is an overall malaise. This is a serious indicator that you could be experiencing the early warning signs that it's time to leave your job. At some point most of us will reach this crossroad.  Maybe you're there now but just don't recognize it.   With that in mind here are five surefire signs that it may be time to change your job. Change in Appearance This can include weight gain or loss, … END_OF_DOCUMENT_TOKEN_TO_BE_REPLACED 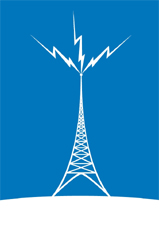 Throughout my career I've always been amazed at the lengths employees will go to to avoid talking to their supervisor or boss.  The result: The person in power feels like an outcast - a situation that benefits no one.  Especially you.  I've been on both sides of the fence and trust me, it's time you start chatting up your boss.  Here's why:Someone who likes you is more apt to help you... The best career advice is usually simple.  That's why I'll never understand why 10 new employment books come out every hour.  But I digress.  Ask yourself a simple question: Would you rather help someone you like or someone you don't?  If you want to get ahead in your career, you're going to need your boss's support at some level.  Whether it's submitting the paperwork to HR or submitting a proposal to the clowns upstairs, being nice to your boss today will make your life easier tomorrow.Makes your motives crystal clear...Chapter Four of the Manager's … END_OF_DOCUMENT_TOKEN_TO_BE_REPLACED

An open letter to stores that feel they have to push the envelope this shopping season, specifically on Black Friday:Dear Kohls/JC Penney,Congratulations!  You're one-upped your retail counterparts by opening a whole 60 minutes earlier. As if your employees weren't thankful enough for the crappy pay, lousy uniforms and non-stop Christmas music - now they have the pleasure of reporting for duty at 3am. I'm sure they'll have plenty of nice things to say about you over Thanksgiving dinner.Retail giants won't be happy until the PR nightmare hits.  The headline will read something like this:Family of 3 Killed When Soccer Mom Careens Off Road Rushing to Save 10% on an Irregular Pair of Levi JeansHave you guys ever even been out at 4am?  It's dark and lonely.  A time reserved exclusively for silence and 9-1-1 calls.I get it.  We're a capitalist nation and our economy relies on hardcore holiday shopping.  Or at least that's what the media tells us.  It's up … END_OF_DOCUMENT_TOKEN_TO_BE_REPLACED

I often think about Dino. Whenever I hear Springsteen, Miles Davis, or think about the New Orleans Jazzfest (an event that Dino never missed), I think about what a great boss, great friend and great man Dino was. So the holidays are upon us, and what better way to celebrate Thanksgiving then to take a moment to tell you about someone I am truly thankful to have had in my life.My career started in radio. It was a small local station, and while it wasn't exactly what I wanted to be doing, I felt it put my foot in the door. I had dues to pay, so the sooner these positions got out of the way, the better.Rather than bore you with the details of the work I'll just let you know that it was the bottom rung. I worked overnights, weekends, and holidays. I learned little and moved on to the next rung. I'm not sure if it was a stepup or down.My second gig was also in radio. It was a children¹s station that wound up being sold to a Spanish broadcasting group - and I was included in the sale … END_OF_DOCUMENT_TOKEN_TO_BE_REPLACED

Jobacle is proud to present episode #74 of the Working Podcast. This week, the Web's #1 career advice podcast brings you: - An Interview with Chris Russell, founder of Jobs In Pods - a revolutionary way for employers to find great candidates and for great job seekers to find jobs. - We bring you the best career resources in the Career Filter, including: Yahoo Kickstart, Tractis, Emurse and Dice Discussions. - Are you committing conversation no-nos at the office? The weather, Fridays and the holidays should be banned... Learn about the Five Small Talk Sins. Plus, a song about work and more! There are three ways to listen: - Stream on our homepage (shows plays instantly) - Stream from the player below (about a 60 second load time) - Download direct … END_OF_DOCUMENT_TOKEN_TO_BE_REPLACED