He got his start laying pipe for the Atlas Water and Sewer company.  Eventually, he climbed the ranks, becoming responsible for a staff of 800 and annual revenue exceeding $120 million. His name is Victor Kipling. This is his weekly column.Alarms rang and sirens whooped while red lights flashed with laser-like intensity. The entire area was suffused with urgency, and a sense of emergency sliced, like a knife, through the office. Execs and clerks gasped, almost in unison, when they heard the news...Yes indeed, it was finally confirmed that Joe (you know, the unassuming guy in the third cubicle from the window) was actually overheard using a...a...stereotype about a certain group when talking to a friend on the phone! Who would have thought, they said, that a seemingly normal person like Joe was such a, well, fascist. And then the attacks really began - he's probably also a smoker, drives a gas guzzler, votes Republican, likes his steak rare and even watches FOX cable news!, … END_OF_DOCUMENT_TOKEN_TO_BE_REPLACED 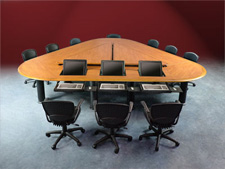 I've got two questions. Is it just media or do all industries find more and more reasons to call longwinded meetings about any and every topic involving the company? Second, assuming the first answer is yes, do these meetings seem to require the presence of all or most employees? Let me say now that my current boss does not feel the need to involve me in all the day-to-day decisions no matter how big or small. He deals with his managerial responsibilities and brings me in when necessary. As a result I work with a level of autonomy that I haven't experienced in years. I have also grown more in my field and have become better at my trade because of it. He does exactly what he gets paid significantly more than me to do. For the company it means more efficiency. When endless meetings do not bog down full departments so much more gets accomplished in a more expedient manner. Maybe that's just my opinion but I'm sticking to it.Check out the PayScale Meeting Miser to see just how much money … END_OF_DOCUMENT_TOKEN_TO_BE_REPLACED 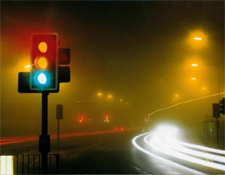 The following is from one of my favorite human beings on this fine planet, Zen Master Thich Nhat Hanh:When we do walking meditation, the point is not to get somewhere, but rather to practice, using walking as the object of our attention. Even when we do have to get somewhere and must drive to do so, there is an opportunity for practice. Thich Nhat Hanh, Vietnamese Zen master and poet, has written a number of gathas, or brief verses, for enhancing our mindfulness during everyday activities, even driving a car.Before starting the car, I know where I am going. The car and I are one. If the car goes fast, I go fast.If we are mindful when we start our car, we will know how to use it properly. When we are driving, we tend to think of arriving, and we sacrifice the journey for the sake of the arrival. But life is to be found in the present moment, not in the future. In fact, we may suffer more after we arrive at our destination. If we have to talk of a destination, what about our final … END_OF_DOCUMENT_TOKEN_TO_BE_REPLACED 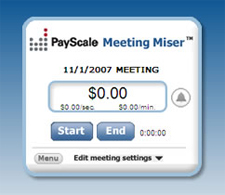 Here's your 'Get Out of Meetings Free' Card.Meetings are the ultimate in annoying teenage foreplay: There's lots of awkward stroking and nothing ever seems to get accomplished.  We all know this futile exercise is nothing but a time and money waster.  Well thanks to the Meeting Miser from PayScale.com, you can now calculate exactly how much your time in a meeting is costing the company - down to the cents per minute.Just tell the calculator where you are located and the titles of the people attending the meeting.  PayScale will then use their collected salary data (which in my experience is pretty accurate) to do the math. I'm only worth about 50 cents a minute.  But given some of the marathon meetings we have in my neck of the woods - it adds up fast!  How much is your meeting time worth? … END_OF_DOCUMENT_TOKEN_TO_BE_REPLACED 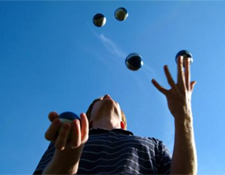 This is a guest blog from my sister, Lydia M.C. She has nothing to promote except for her disdain for the minutia of work.It’s on the lips of every interviewee and plaguing resumes across the land.  A single word that is anything but single: multitasking.We’re probably all guilty of saying the words, “I’m an excellent multitasker,” but do we really want to list this as a job skill? A life skill?According to dictionary.com, the first definition that pops up is: The concurrent operation by one central processing unit of two or more processes.  The definition is amended further down, stating Often used of humans in the same meaning it has for computers, to describe a person doing several things at once.So basically, multitasking was originally used to describe a computer - and we humans have taken it on as our own, intentionally mimicking the actions of a computer.I guess my brain just isn’t as equipped as a Pentium 7 or my husband's fancy … END_OF_DOCUMENT_TOKEN_TO_BE_REPLACED 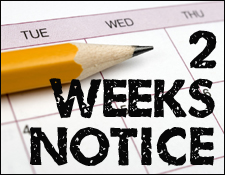 Leaving a job is something many of us (thankfully) only have to do several times in our lives. Maybe that's why so many people botch it up. Exiting a job gracefully is an art form and episode #73 of the Working Podcast is here to make sure you do it right! Also, you'll learn about the hottest Web 2.0 companies that could help shift your career into high gear. Including, ActionThis, Brijit, WooMe and Ask500People. And last but not least, a top secret recording of the Happy Birthday song - straight from my office. There are three ways to listen: - Stream on our homepage (shows plays instantly) - Stream from the player below (about a 60 second load time) - Download direct … END_OF_DOCUMENT_TOKEN_TO_BE_REPLACED 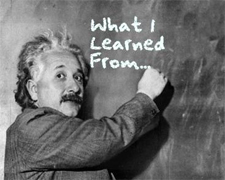 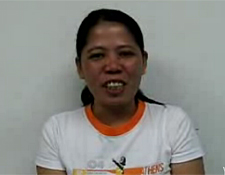 Happy Friday cubemates!  Here are some random tidbits before we roll into the weekend in style. Explosive Jobacle Growth. November is upon us and we're getting ready for a fall - literally.  October was such a huge month for us that it's absolutely impossible to maintain this level of growth.  We'd love to - but we don't expect it.  Thanks to some major buzz (and our ever-growing number of loyal readers) here's how October broke down:60,000 hits15,729 unique visitors181,000 Alexa rankWe more than doubled last month's number of unique visitors and shattered my goal of 10,000.  We're on the other side of the spike, but we love the ride!Online Resumes Continue to Fail.  Regibe Baisomo is 32 years old, single, and seeking a full-time, live-in domestic helper job in Hong Kong. She's good in Chinese & Western cooking, baby sitting, washing, car washing and ironing.I certainly can't justify hiring Regibe (sorry!) for my one-bedroom apartment.  And … END_OF_DOCUMENT_TOKEN_TO_BE_REPLACED 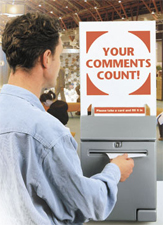 “I’ve said it before and I’ll say it again, democracy just doesn’t work”That is probably one of my all-time favorite Simpson’s quotes. Newscaster Kent Brockman expresses his disgust after Congress rejects a bill to save Springfield from a comet impact after one senator attaches a $30 million rider "to support the perverted arts."That very line often springs to mind when I’m at work. Usually during a meeting or after reading the 15th reply to a damn near company-wide e-mail regarding some decision that no one can seem make. As much as the line amuses me it is also something that I can’t help but feel is so true and so applicable to today’s workforce. Now I’m not sure about you, but in the world of media, the democratic process is taken to new heights. Maybe the hipper-than-thou, every-one-counts, way of running a business or conducting a meeting is more intrinsic to my line of work than others, but lately it seems to me that we spend more time dancing in circles and visiting and … END_OF_DOCUMENT_TOKEN_TO_BE_REPLACED