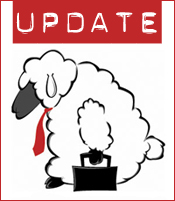 Every Friday I will bring you up to speed on the latest Joabcle happenings.  Fear not, we're not ditching The Forward of the Week.  It will be posted later today.1) We would like to congratulate Graham Langdon, founder of the MillionDollarWiki, for hitting the 1,000 page mark.  In a few short months that's a very impressive feat.  To learn more about his project, download episode #69 of the Working Podcast.I purchased the page MillionDollarWiki.com/Podcast which has already received hundreds of unique visitors.  If you are a podcaster who is interested in having your show displayed on the page, please contact me, as I will be subleasing space on the page for $5 per show per month.  You'll get to experience the benefits of the Million Dollar Wiki for a few bucks before you decide to shell out $100. As the MDW grows, this is a great way to get some extra, targeted exposure for your show.2) This is a great time to subscribe to the Jobacle blog. We've got some … END_OF_DOCUMENT_TOKEN_TO_BE_REPLACED

He got his start laying pipe for the Atlas Water and Sewer company.  Eventually, he climbed the ranks, becoming responsible for a staff of 800 and annual revenue exceeding $120 million. His name is Victor Kipling. This is his weekly column.  Under the guise of wanting to increase ‘transparency,’ the new organizational trendsetters are touting the benefits of the horizontal work space...that is, the cubicle and (worse yet) the bullpen. So, and from the lowest clerk to the highest CEO, everyone is now expected to march in lock step and function in an open, and thoroughly non-private environment. These theorists would have us believe that the loss of privacy and the increase in noise is indeed a very small price to pay for this more democratic environment. Yes, we’ll not only increase productivity, but we can also foster diversity, eliminate class distinctions, etc. ad nauseam. Of course, most of the folks promoting this stuff have never really worked for a living, but why should that … END_OF_DOCUMENT_TOKEN_TO_BE_REPLACED

Desk supplies haven't really advanced.  Sure, pens use gel ink.  But dry erase markers still stink.  Chairs have better cushions, yet they still find a way to inevitably squeak.  As the world continues to technologically evolve, is the office being left behind?Perhaps.  Off the top of my head, here's a list of items that I pray some engineer is working around the clock to produce.- Bend-proof paperclips- Everlasting ink pen- Odor-free White Out- Silent Stapler- Unsmudgable high lighter- Leak-proof 3-hole puncher- Tape without seams- Stain-free computer mouseLearn more about the history of lo-tech office supplies.What office supply inventions would you like to see?  Share yours below and win some cool prizes. … END_OF_DOCUMENT_TOKEN_TO_BE_REPLACED 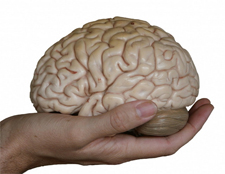 If you recently read my Cubicle Laws, you are aware that I do not like anyone to talk to me first thing in the morning.  I need at least 30 minutes at work before I consider my brain "functional."  Part of the reason people are cranky in the morning is because they are still tired, despite sleeping the night before. Exercising in the morning would remedy this, but some of us just can't fathom pound the pavement when it's still dark out.  Here are some ways to wake up your brain - regardless of the time of day.Avoid Allergens. Certain foods that include peanuts, wheat, corn or dairy can not only cause digestive problems but generate a "brain fog" that will leave you tired and feeling slowed down.  The best way to determine if you're subject to this type of allergies is to simply be aware of what you are eating and how you feel afterwards.  Identify a trend and eliminate the grub from your diet.Dietary Moderation. When you stuff your face, you … END_OF_DOCUMENT_TOKEN_TO_BE_REPLACED

While you couldn't pay me to drink Bud Light, this commercial is definitely effective. And f'n funny! … END_OF_DOCUMENT_TOKEN_TO_BE_REPLACED 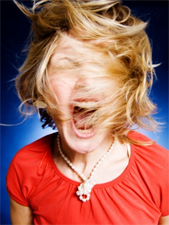 Ever have one of those days at work where you dream of ways to get fired and depraved ways to make a splashy exit? Yesterday was mine. One of those days when uneducated underlings overstep their bounds? One of those days (when people who know better) "accidentally" forward an e-mail to upper management? One of those days, where as hard as you try, you can't help but hear everyone's phone conversations - and none of them are work related? Under the fluorescent lights, the devil was raging inside of me and I had to make it stop.  If there ever was a time to lean on my knowledge of Buddhism - this was it.  I've podcasted in the past about The Five Precepts  (download here), and today, I'd like to share how I rely on the power of Zen to slow myself down, keep things in perspective and avoid going postal (joke!).  The key?  Seated Zazen.  Basically, a "light" form of meditation that you can easily get away with at your desk.  The beauty is, nothing is needed.  No incense, candles, … END_OF_DOCUMENT_TOKEN_TO_BE_REPLACED

Sketchcast is a new tool that will enhance blogs and give all of you job searchers another way to display your creativity! While I'm not sure how useful of a product this really is, we took it for a quickie test drive below. Key features that appear to be missing are the ability to speed up sketches and to add images. You can also add audio, which I'm going to give a try later. Maybe we'll sketch out the next episode of the Working Podcast - the best free career advice show on the Web! For now, forgive my crappy handwriting! … END_OF_DOCUMENT_TOKEN_TO_BE_REPLACED 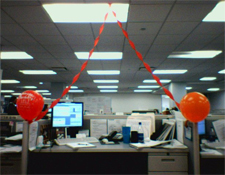 No one likes to be ignored.  Yet everyone claims to dread the annual ritual of your co-workers acknowledging the fact that you're one year older - which means another year gone by with a  measly 3% raise.I was recently interviewed by the fine folks at the Globe and Mail about office birthdays.  While fresh in my mind, here are the variations I've experienced.  Please share your experiences in the comments section below and you could win our comments contest.IndividualThe folder goes around.  Everyone signs your card and chips in $3 - $5.Pros: You get to feel special.Cons: The spotlight is on you, meaning 20 forced minutes of age-related jokes and fielding generic questions.Notes: The problem with this model are months like April, when it appears everyone was born!Once a MonthSimple.  Everyone's birthday for the particular month is celebrated at once.  Pros: Many birds, one stone.  Variety of cakes.Cons: Where's the love? Gives new meaning to … END_OF_DOCUMENT_TOKEN_TO_BE_REPLACED 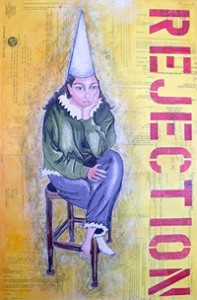 A little inspiration never hurt anyone, right?  Follow your heart and don't let "no" get in your way...Sigmund Freud was booed from the podium when he first presented his ideas to the scientific community of Europe. He returned to his office and kept on writing.Winston Churchill failed sixth grade. He was subsequently defeated in every election for public office until he became Prime Minister at the age of 62. He later wrote, "Never give in, never give in, never, never, never, never - in nothing, great or small, large or petty - never give in except to convictions of honor and good sense. Never, Never, Never, Never give up." (his capitals, mind you)Charles Darwin gave up a medical career and was told by his father, "You care for nothing but shooting, dogs and rat catching." In his autobiography, Darwin wrote, "I was considered by all my masters and my father, a very ordinary boy, rather below the common standard of intellect." Clearly, he … END_OF_DOCUMENT_TOKEN_TO_BE_REPLACED 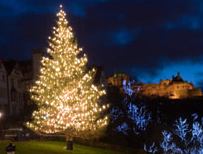 Henry Brown ruined Christmas. I'll never forget the flamboyant MTV Networks Office Manager who insisted I remove Christmas lights I had hung from my work studio. "They're a fire hazard." While I was annoyed at the time, I now realize that good ol' Henry was right. Incandescent Christmas/holiday lights are a common source of home fires during the holiday season, partly, because they cause a lot of heat and use a lot of electricity. The fact is, LED Christmas lights operate at 1 degree above ambient temperature. That means they remain cool to the touch even after hours of use. You'll also save energy! LED holiday lights only draw about .072 watts per bulb so they are not likely to overload a standard home circuit. Replacing your inefficient incandescent holiday lights with LED holiday lights will not only save energy but will improve home/office safety. Here's a summary on LED lights: * 90% less energy * 50,000 hour bulb life * Safer - cool to the touch * Durable 1 piece … END_OF_DOCUMENT_TOKEN_TO_BE_REPLACED